The bumbles were here to greet us.

And so were the intimidating B-1 Bombers.

The day lilies put on a show. 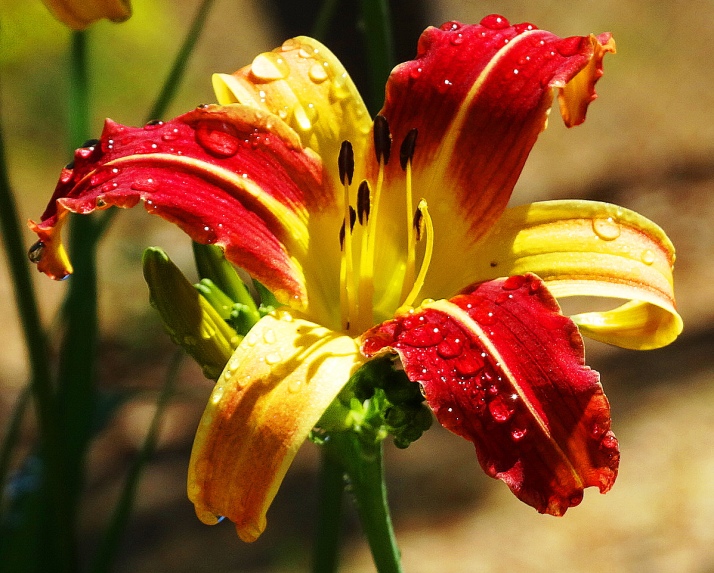 And this little beauty bloomed over night. 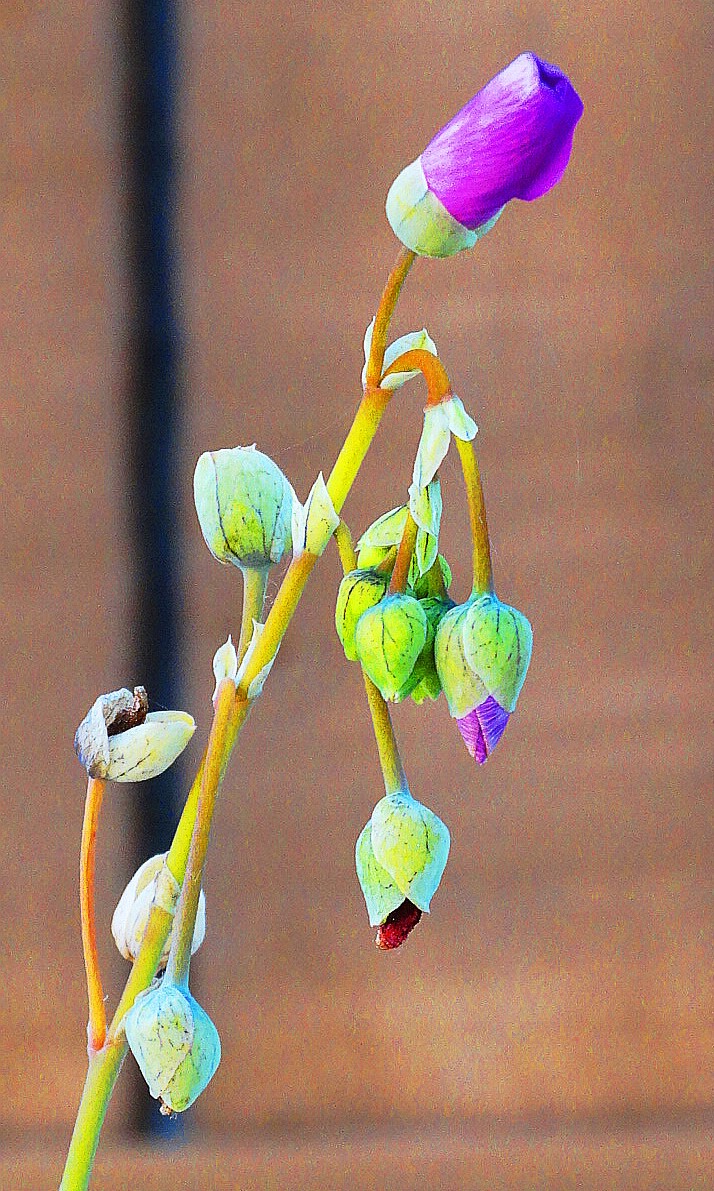 Even the calves galloped over to greet us.

Where ever you roam, there’s no place like home.

And in Black and White. Imagine the grandeur down there, on the surface of our planet, in Greenland. 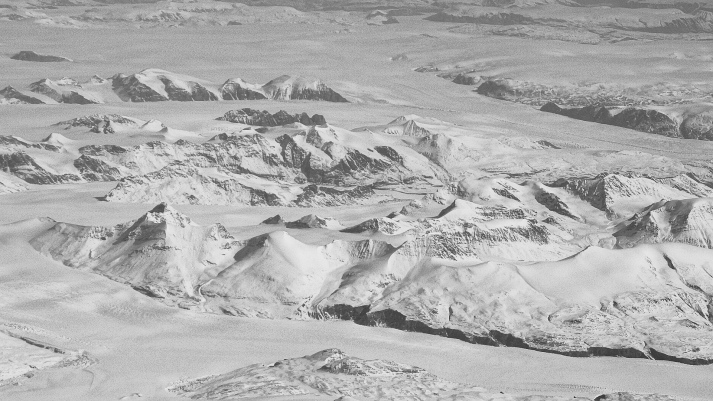 I wasn’t dressed for it though! Cheers to you and to our beautiful planet. 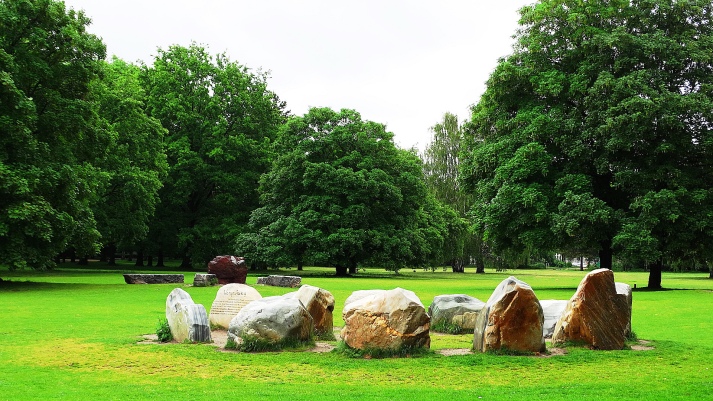 The Russian War Memorial commemorating the Battle of Berlin.

Carriage through the city! 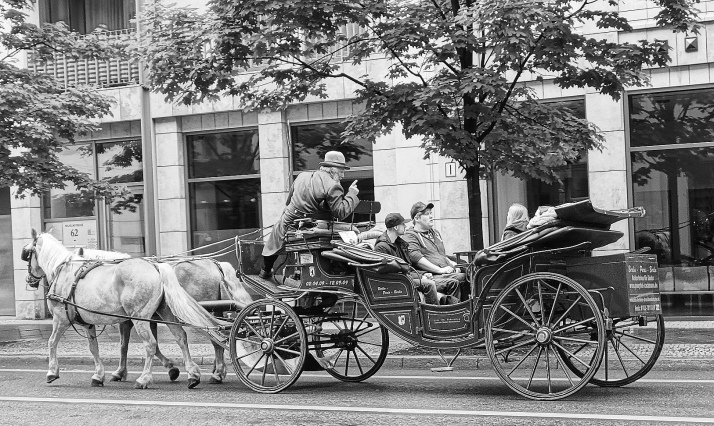 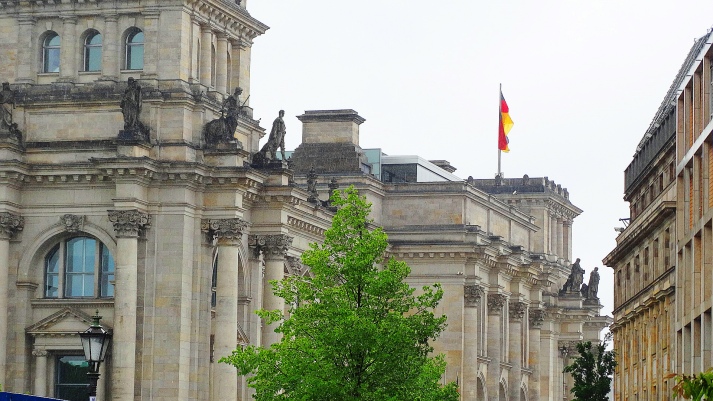 Holocaust Memorial in the rain.

Tourists having picnics and photo ops at The Holocaust Memorial. This struck me as insensitive. 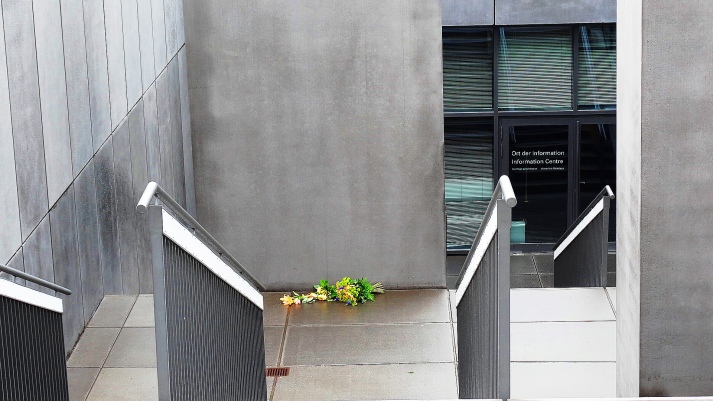 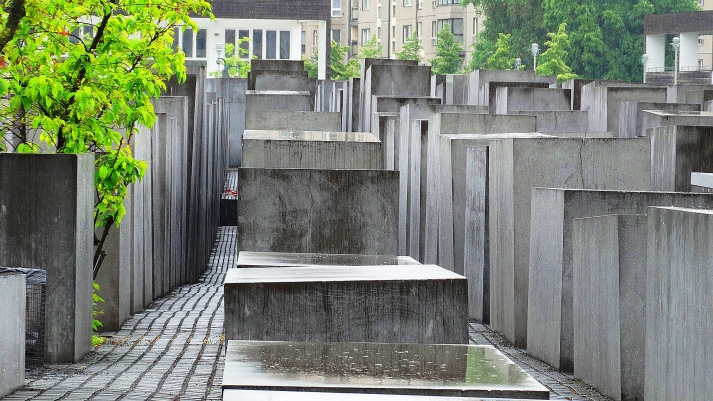 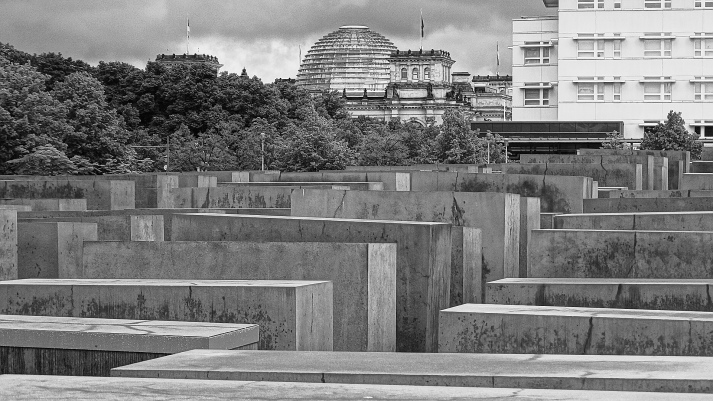 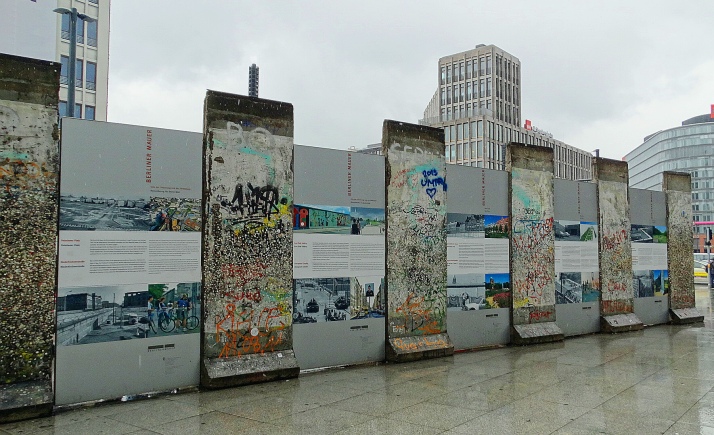 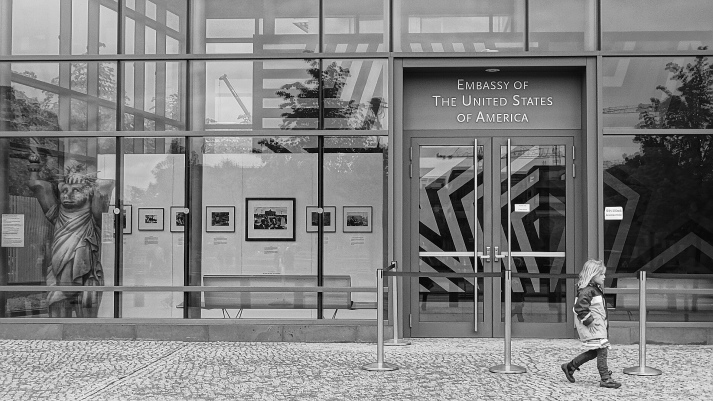 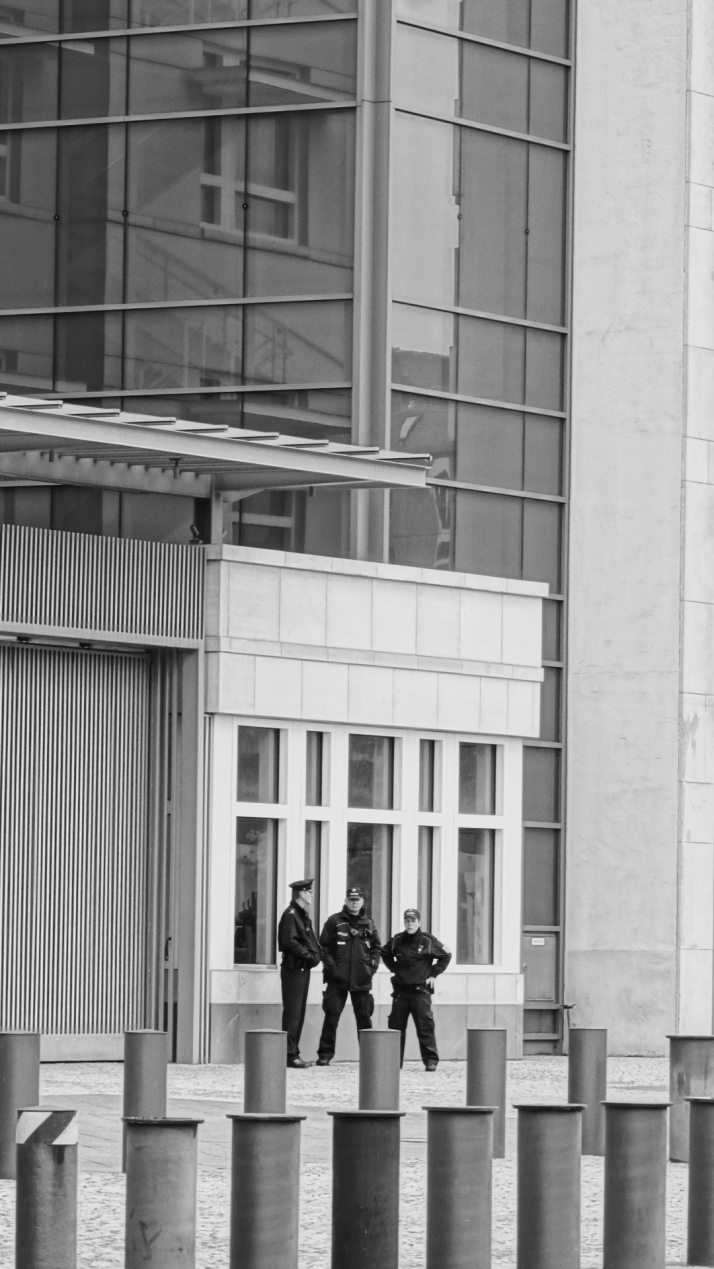 (The statue is by Alexander Polzin who was born in East Berlin in 1973. It is a memorial to Giordano Bruno who was burned at the stake for supporting Copernicus and denying the divinity of Christ. The statue appears to be melting in flames and is intended to disturb the observer and cause them to contemplate using reason to improve the human condition.) 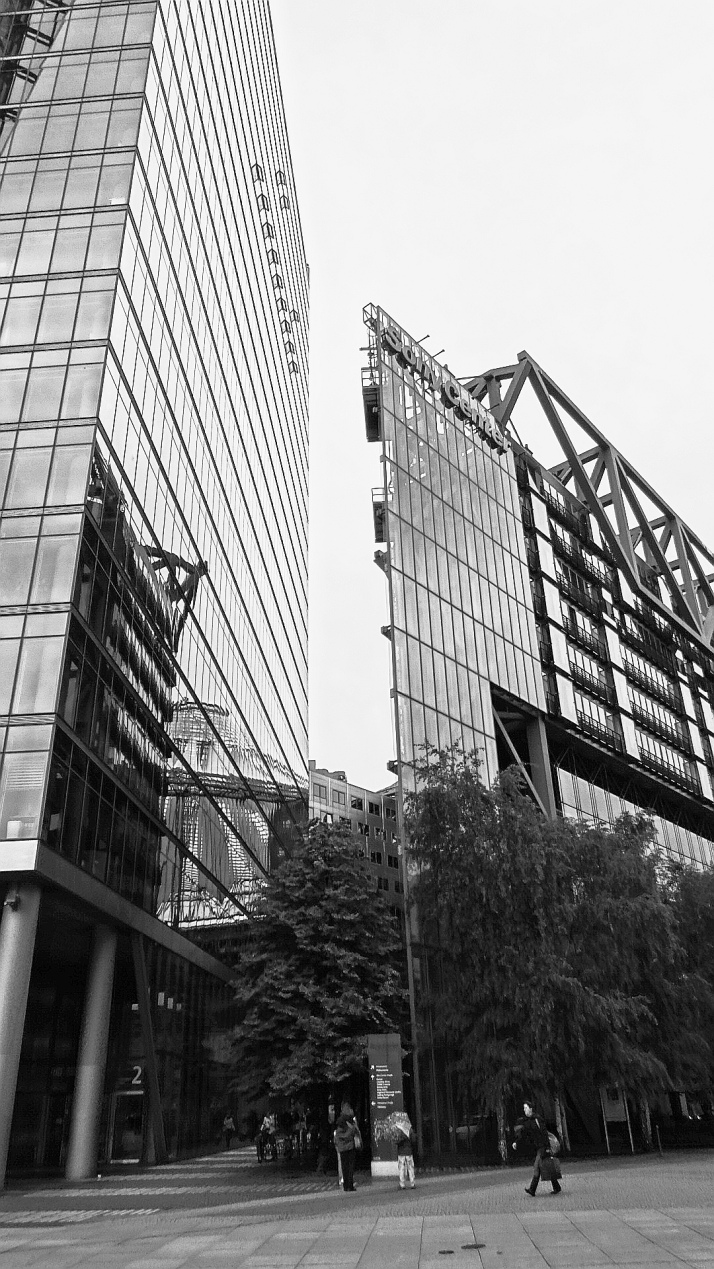 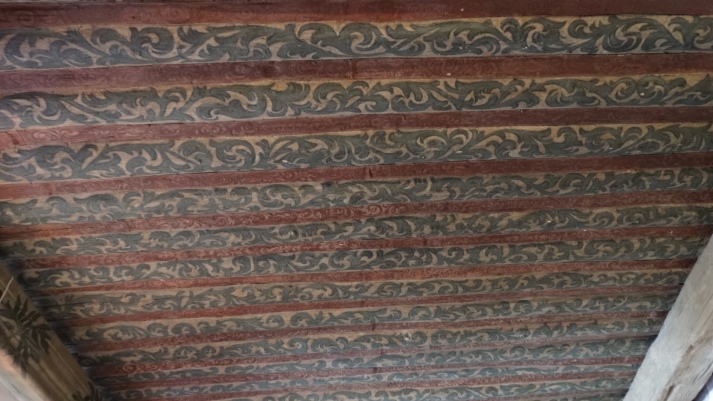 Jim considering at the Pilsner pub. 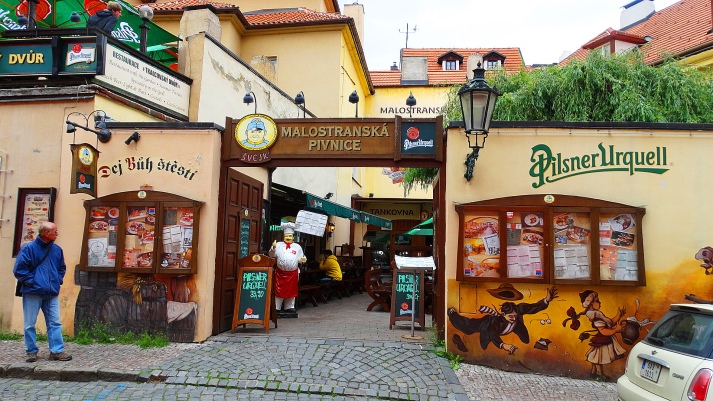 And the Prague Gargoyles.

I am no expert but I suspect the purpose of all the gargoyles on the exterior of old churches in europe was to clarify how the sanctity of the church would save you from such awful creatures. Your choice was either the church or these guys.

But the gargoyles give an inaccurate perception of Prague. It addressed evil which is important, but is a city devoted to beauty and benevolence.

I am sad to leave Prague, and its friendly people.
Ahoj for the last time from Prague.

Prague Castle was founded in 870, but the actual construction dates to the 12th century. Guinness Book of World Records lists it as the largest ancient castle in the world. Like all castles it has it kinks and queens (sorry couldn’t resist) and it’s “knights in shining armor bent on chivalry.” Errrr…. except for this unhappy knight who looks like he was more bent on dodging his knightly duties. Who can blame him really? I suspect being a knight must have been over-rated, at least from the perspective of the individual knight. Seriously, who would want to be poked with one of these ghastly things. They didn’t even have antibiotics for heaven’s sake.

Anyhoo as usual, I digress. The castle, like all castles, had its torture chamber and dungeons.

And it’s angry, murderous angel……. Huh? What is up with this? Why is this angel killing someone or something? I didn’t think angels did this, but what do I really know about angels? Not enough obviously……

Plus, it has the strangest collection of creepy gargoyles I have ever seen. My next post will include photos of some of them. These of you with historically enquiring minds will want to check them out.
They had a mad scientist at the castle, at least I’m assuming he was mad, since the knight was sad, and the angel murderous. He may have been perfectly sane for all I know, but here are his rooms and potions and such….Maybe he was really just a kindly wizard?

The castle does contain several beautiful churches including this one.

And like all castles it had many beautiful places.

It had royal jewels too, but these I didn’t bother to go see, as I liked the old books much more. 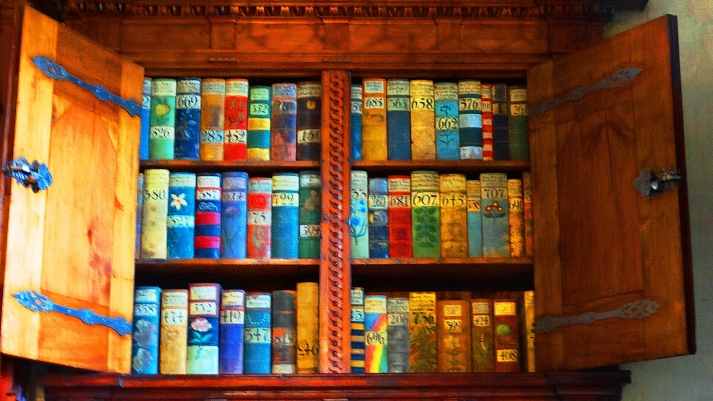 The castle complex is said to contain every architectural style of the last millennium.

An interesting historical fact about the castle is that during the Nazi occupation of WWII, the castle was usurped by Reinhard Heydrich who used it as his headquarters. Heydrich, who was born in Prague, was a principal architect of “the final solution,” and Chief of Reich Security. He was said to wear the Crown of Bohemia at times in the castle. He was attacked one day en route to the castle, by Czech resistance fighters, and died of his wounds a week later.
Maybe the angry angel had her hand in this……
Don’t mess with her!
Prague Castle is truly beautiful and fascinating to visit. If you visit Prague, you must pop on by, and give your regards to the sad knight.
And don’t forget the angel!
Ahoj!

Golden Lane is a series of connected servants quarters built into the northern wall of Prague Castle. The name Golden Lane was coined in the 16th century and referred to the gold smiths who lived there among the other skilled servants.

Servants of many trades lived in these cottages. 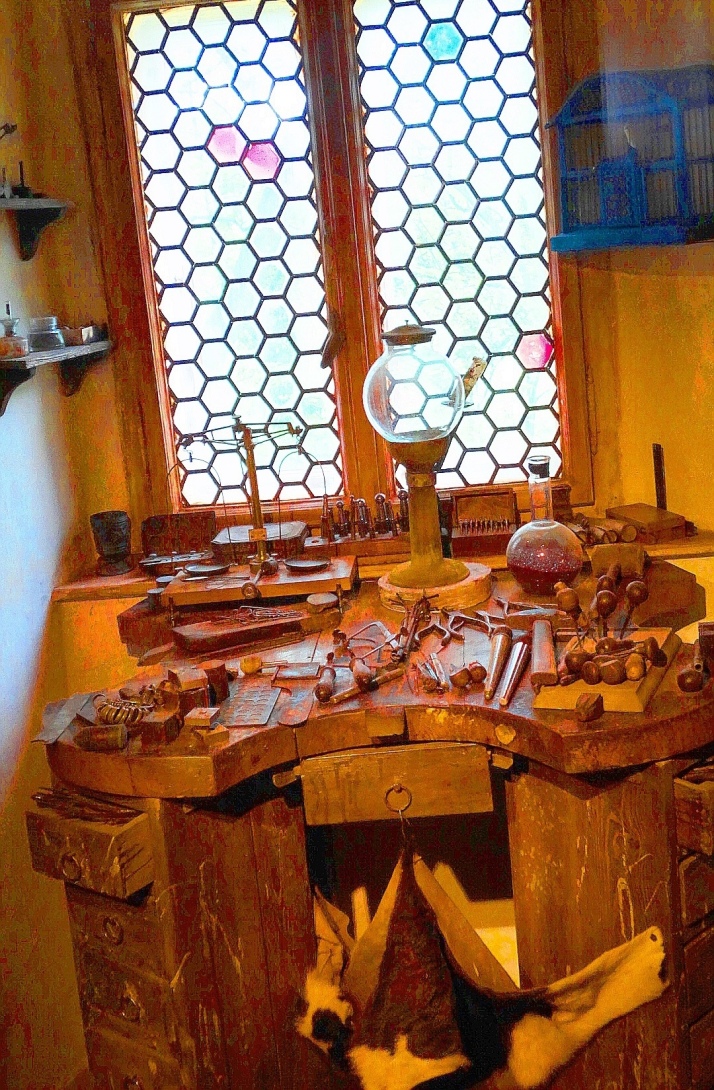 Prague Castle was built-in first half of the tenth century and is the largest ancient castle in the world. (My next post will show you the parts of the castle that impressed me).

But, the heart of the castle for me was in these quaint, charming-homes, of the industrious and skillful servants.

Check out the ceiling detailing. 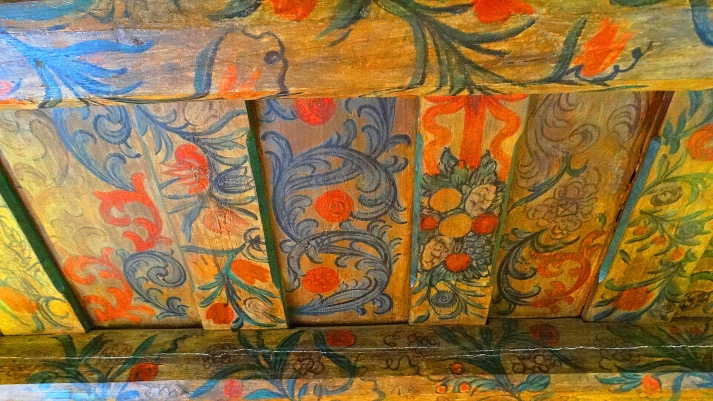 Golden Lane was continuously occupied until WWII. Franz Kafka lived in cottage 22 from 1916-17. The cottages have been restored with their original contents, reflecting the different eras of their occupation, and are now preserved as museums that the public can tour. 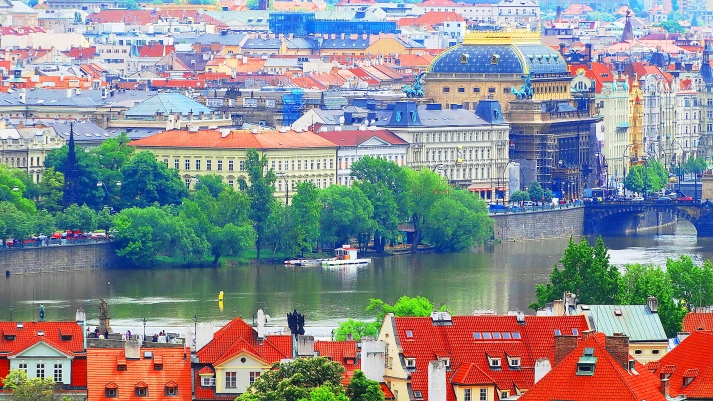 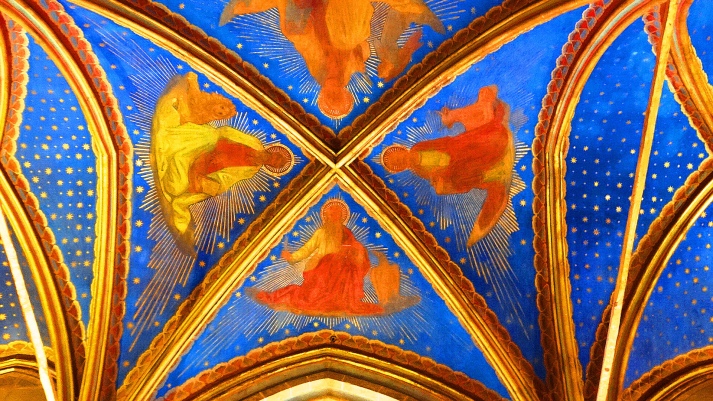 The theatre is so remarkable and distinct, it distracts one’s attentions from the performance! It is symbolic of the emphasis Czech’s have always placed on art and culture. 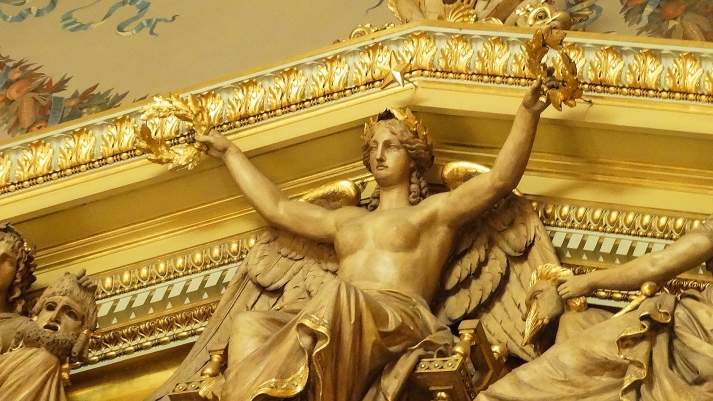 This neo-Renaissance masterpiece was built in the last half of the 19th century on the banks of the Vltava River.

The performance, Czech composer Antonin Dvorak’s Rusalka, consisted of opera with classical and slavic folk components, and included modern dance and ballet. It is rarely performed in the west. It was a tour de force and held its own with the magnificence of the theatre. It contains the famous “Song to the Moon,” featured in the movie Schindler’s list.

Ahoj to you from the more incredible each day, Prague!

The Municipal House in Prague was built in 1905 in magnificent Art Nouveau style with a stunning front facing mosaic (below). 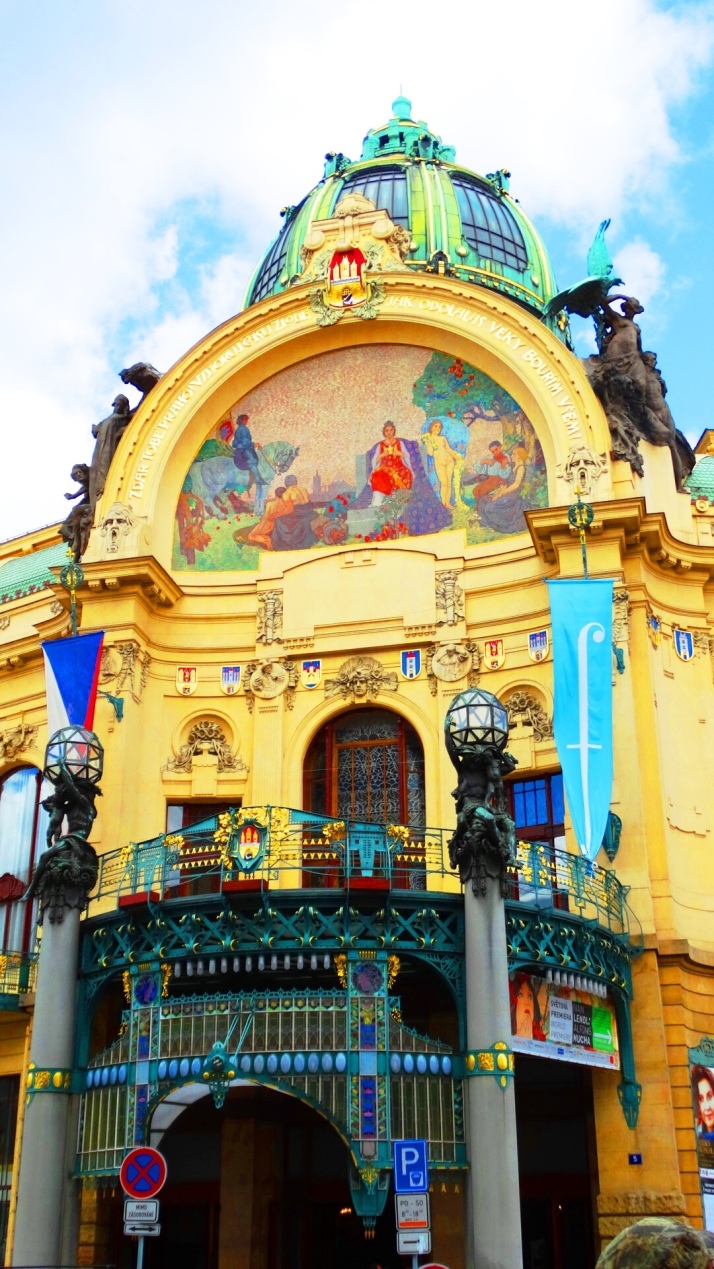 Gorgeous old mosaics are all over the city of Prague (below). 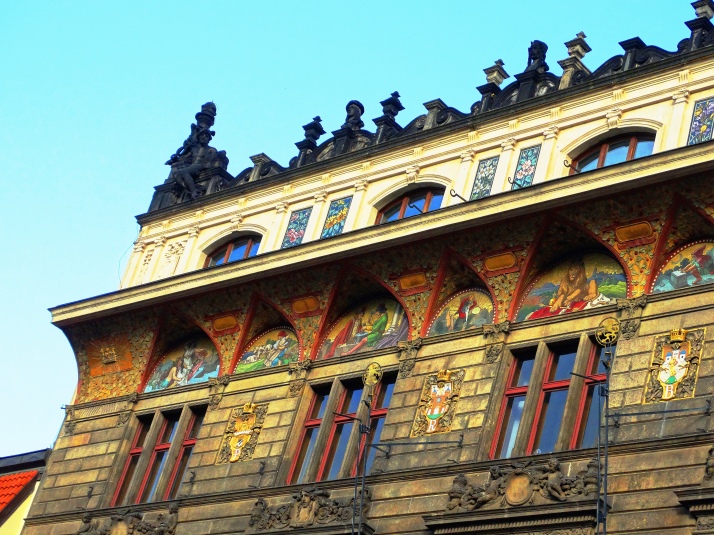 Detail of mosaics on this building (below). 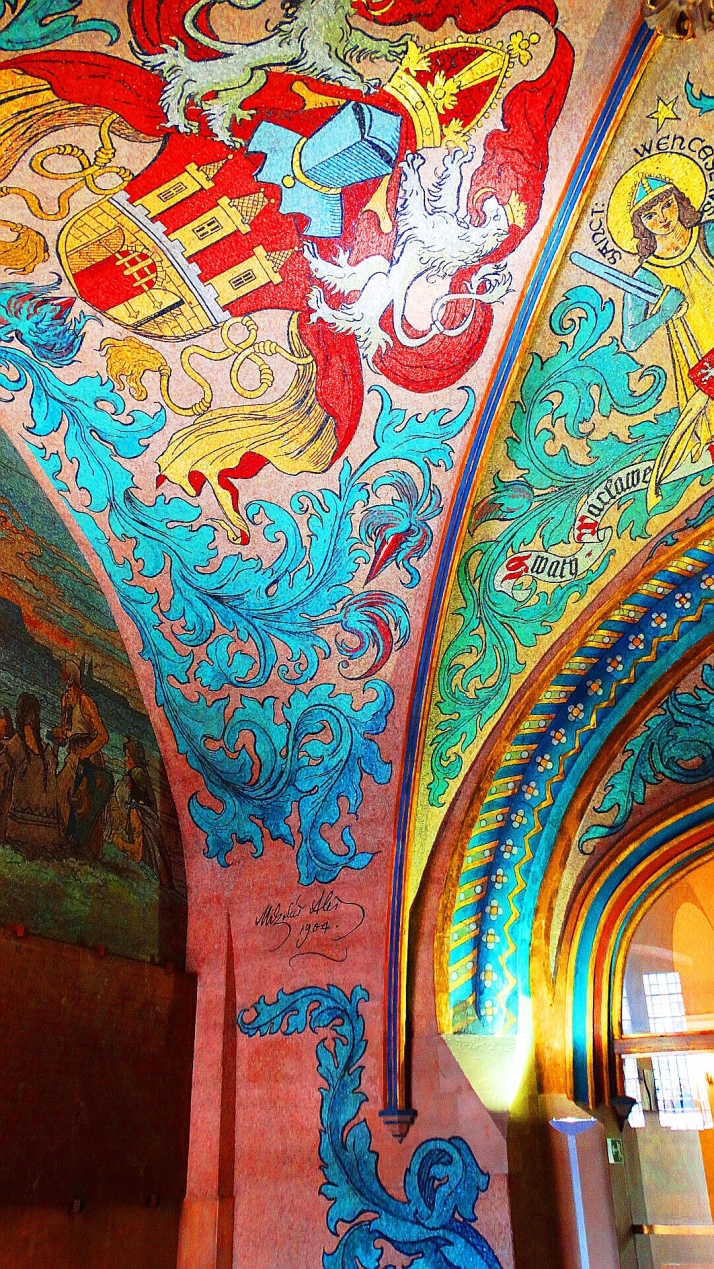 Detail of one mosaic on building below. 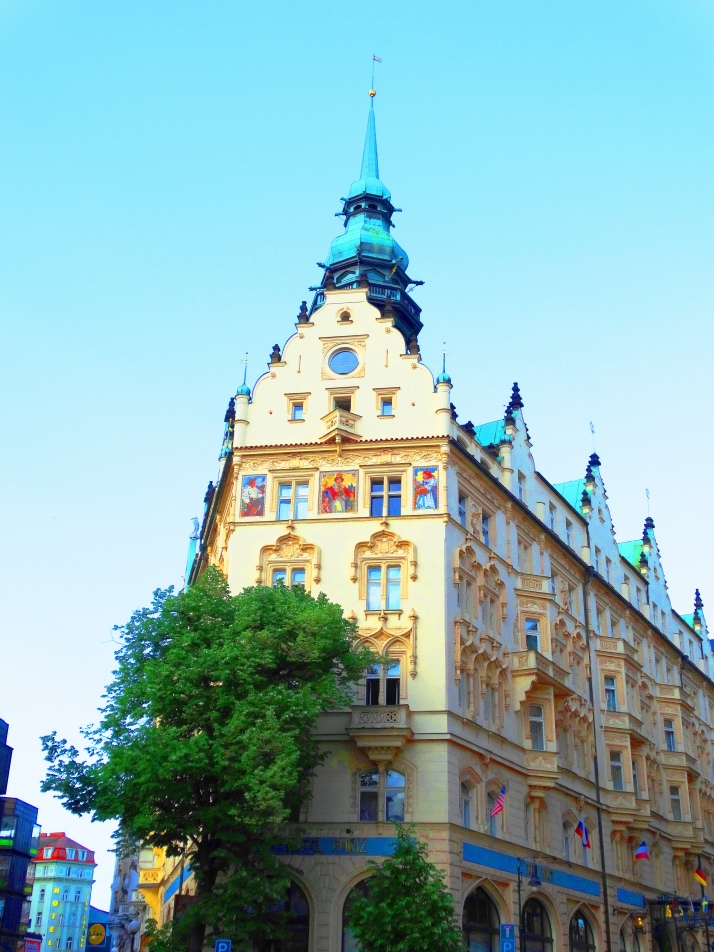 Prague is a visual feast! Ahoj to you from beautiful Praha!!