I never knew my mom named me after painted ladies. But, she also never told me until very recently that my great-grandmother was a Roma (gypsy) and my grandmother was half Polish…. It’s amazing the stuff your parents never tell you until they get older….

Anyhoo, I digress, here is a painted lady, scientific name Vanessa Virginiensis, part of the Cynthia group on our statice or sea-lavender plants. Someone took a bite out of this Cynthia’s wing.

Initially I thought this was a moth because of the kinda-creepy looking proboscis, but nope, it’s apparently a Cynthia. And nope, don’t ask, my nose is only a little big…….and no, I’m pretty sure this is not why my mom named me Cynthia. Although lately I’m learning a lot from her that is surprising. So, I can’t be too sure on this one….. 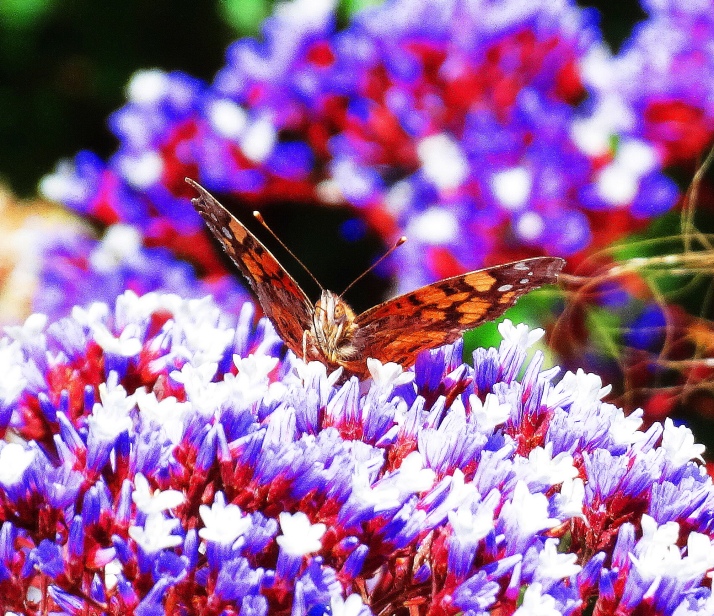 These butterflies usually live in mountains, in the warmer parts of the US. They also live in Madeira and The Canary Islands, and of course, The Holler, which is mountainous all the time, but only warm sometimes.

Before this very post I thought I was the only Cynthia living at The Holler…..but no, there’s a bunch of Cynthia’s and Vanessa’s living here too. My husband thought this was funny until I told him not to be too smug. He may think he’s the only James living at The Holler, but et tu Brute…….. 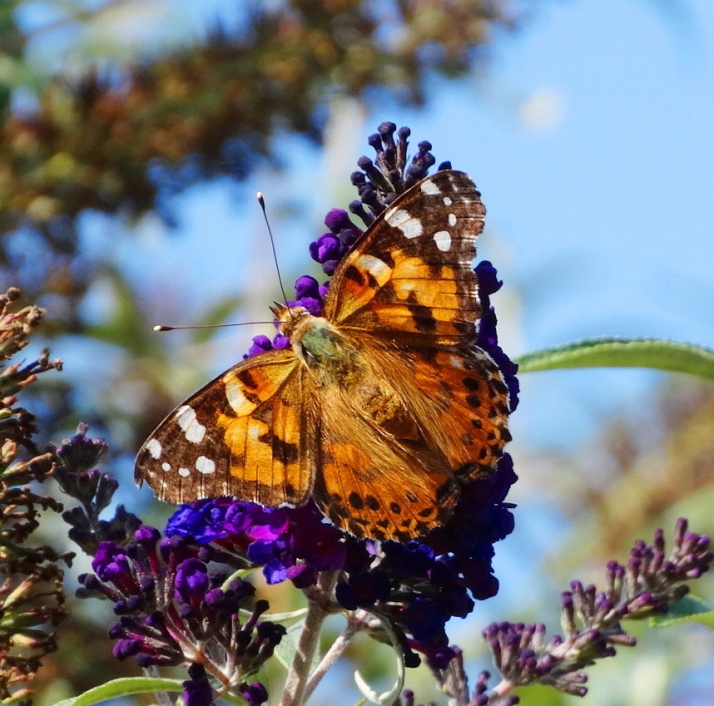 This is important. You bloggers need to help me with this. Does anyone know of any bug named James??? Don’t worry if it’s not native, I’m not above planting one here…….it’s for an important cause after all….
Cheers, from all of the Cynthia’s…… (and hopefully Jame’s) at The Holler.

65 thoughts on “The Cynthia Group Of Painted Ladies!”