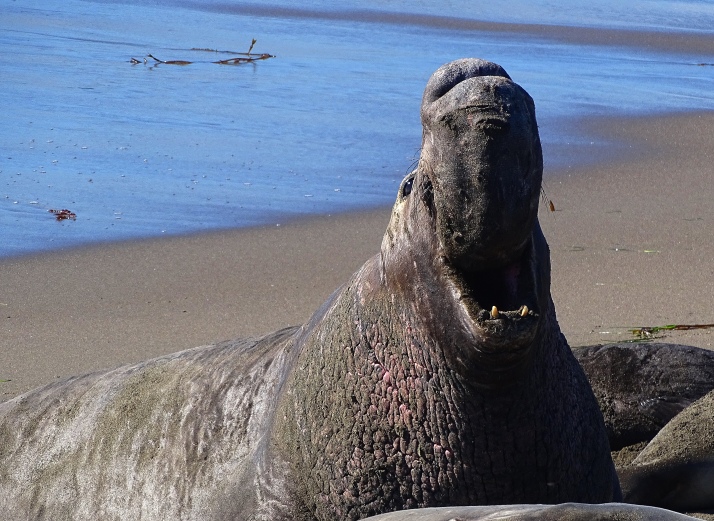 Northern bull elephant seals weigh up to 5000 pounds and reach up to 16 feet in length! Their Southern counterparts are larger.

In addition to their size, they are quite bullish in behavior, fighting constantly with other males, 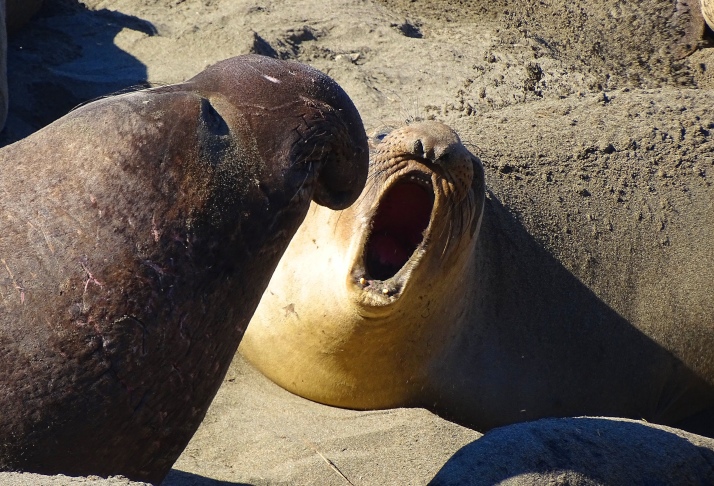 and forcing themselves on often quite unwilling females,

who are much smaller than they are.

On shore they dominate large harems and defend them from other males.

Male Northern Elephant Seals spend eight months alone at sea. They forage in deep dives 24 hours a day, often at the bottom of the ocean, where other predators are scarce.

The deepest recorded bull elephant dive was 5788 feet and the longest recorded continuous dive was just over two hours on one breath!

California male elephant seals forage at the edge of the continental shelf, all the way to the Aleutian islands. Orcas and sharks predate on them and approximately one in three males are killed each year, mainly by orcas.
Cheers to you from the bullish, and amazing, male elephant seals at Piedras Blancas Rookery in California~

Source (and for more information) check out: http://www.elephantseal.org/