I think birds understand more about us than we do about them. This penguin seemed to have me figured out. I had no idea what was on his mind. He seemed quite curious and unafraid. But, if he didn’t like me he is perfectly capable of regurgitating his stomach contents at me to discourage my presence. All I can say is that I am glad he seemed to like me! Birds in the far southern latitudes are less afraid of humans because they see much less of them. Smart birds.

Owls have stereoscopic vision and incredible hearing. They can detect the vertical location of sound origin by differential recognition in each ear.

Did you know seagulls like this guy in a La Jolla hotel stole silver napkin rings off guest tables for years and flew away with them. Years later, during renovations, a huge pile of the napkin rings was found in an old bell tower.

When I look birds in the eye, I see an uncanny intelligence there. It is especially obvious with the raptors like this Sea Eagle, 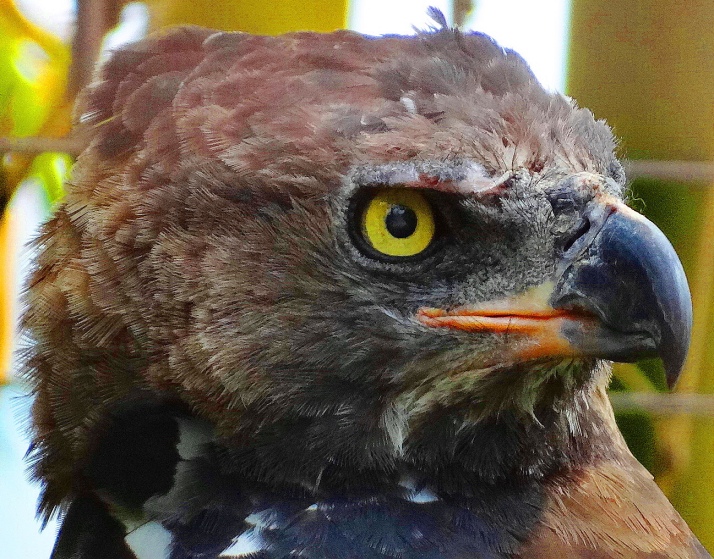 and the Red Tail Hawk. There is an IQ scale that has been developed for birds. Hawks are among the most intelligent.

Corvids like ravens, crows and magpies, remember the faces of people who do bad things to them for years. Most wild birds must be quite accustomed to a human before they will let you get anywhere near them. Smart birds. Starlings like this Superb Starling are capable of understanding grammatical rules and are being studied by linguists because their vocal recognition abilities surpass those of Tamarin monkeys.

Must have been some human-brain, who never took much time to get to know birds. The roadrunners have our daily routine down pat! They are surreptitious spies, and like to watch us when they know we won’t see them. They jump on a patio table and spy on Jim when he eats breakfast. They spy on both of us while we sleep. I often crack one eye open in bed in the morning to see the roadrunner staring at me through the French Doors. They let me get close…….when they feel like it.

Parrots are being studied for their logical thinking abilities that are said to be similar to that of a four year old child and the great apes. Birds cognitive abilities currently being studied include their ability to count, distinguish visual and auditory signals, use tools, learn through observation, engage in sophisticated communication and they are even being studied for possessing a “theory of mind,” being able to predict how other animals (read humans) will behave. 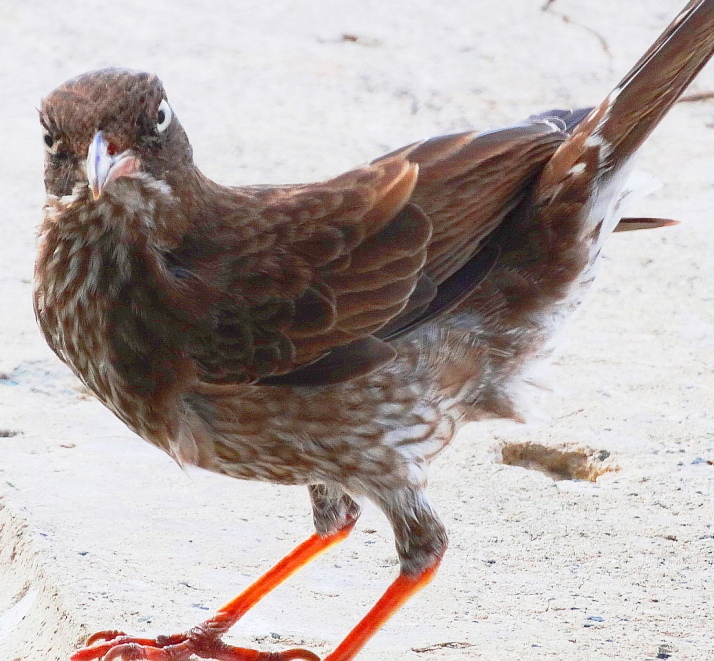 Smart birds. This Thrasher in Tortola is taking the measure of me. If you take some time to look a bird in the eye, you may see an intelligent creature looking right back at you.

I wonder what they think of us?

Cheers to you from all the world’s wonderful, and quite clever, birds~

For more info check out: http://en.wikipedia.org/wiki/Bird_intelligence