If you look closely at this photo, you can see the two nostrils breathing, from another seal under the water.
I went to visit my mom today to celebrate her 86th birthday. I noticed the waves were happening, so we decided to check the surf. On days like this growing up, I would have developed a stomach ache, so I could leave school early and hang out at the beach. I would never do anything like that now of course……Well, unless it was a really sunny day and I was doing something I didn’t like…….
This shot is looking south towards Crawlers beach.

Anyhoo, decent sized waves were breaking off of La Jolla Cove mid-day which is unusual.

The seals were having a blast playing in the waves. This guy is scoping out the sets!

You can see the cormorant’s tail. He barely made it over! There is also a seal inside the wave at the upper right. 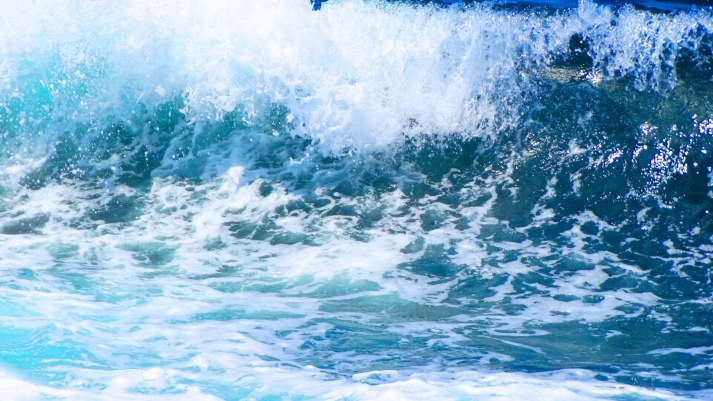 This seal could care less about the waves. He’s having a lobster lunch thank you very much and has no time for games. You can see half the lobster in his mouth. He is eyeing the other half to make sure he doesn’t lose it. 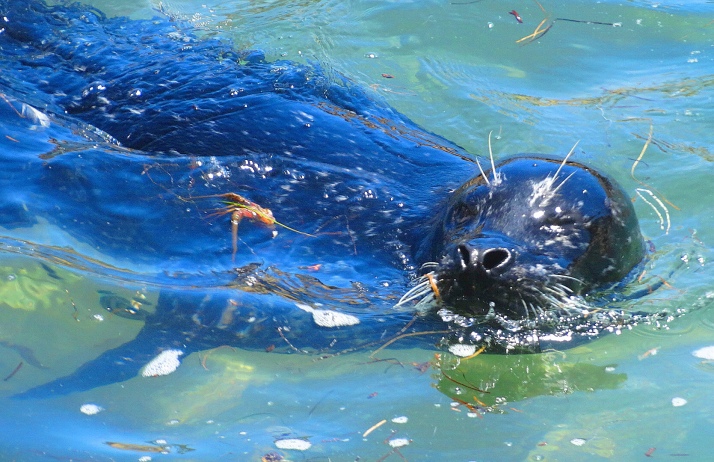 A youngster is taking a break from all the action! 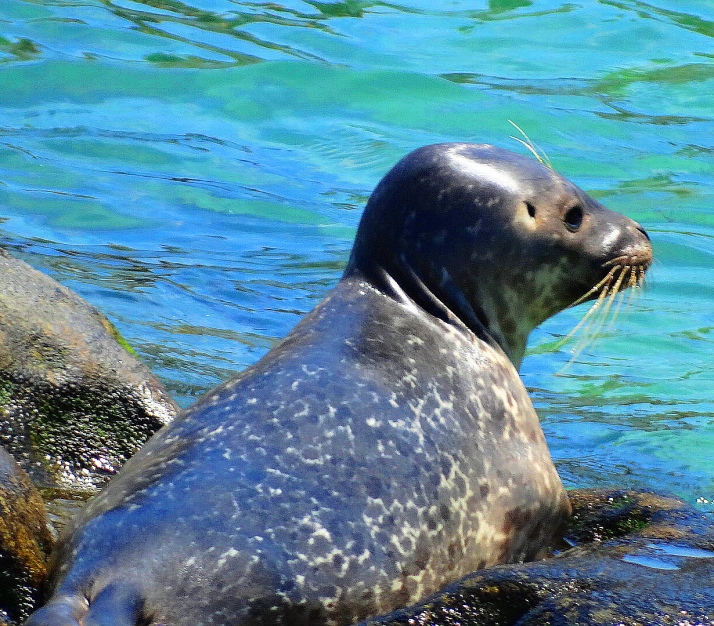 This big old guy, bah-humbug! He sees waves come and go. It’s all a snooze for him. 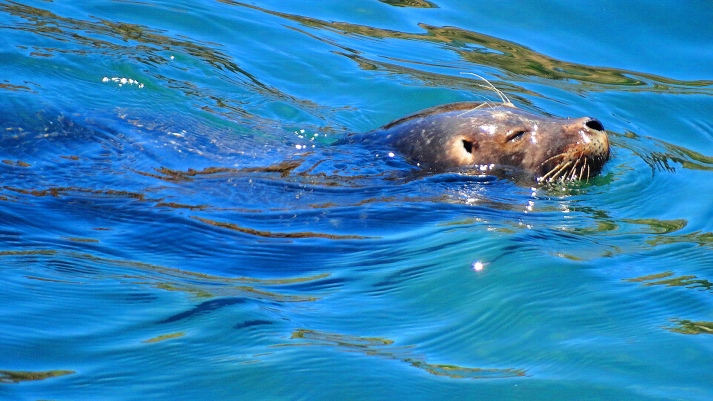 It is so annoying when kelp gets stuck on your nose.

The cormorants and egrets were watching for little fish tossed up by the waves.

Mama seagull’s getting tired of feeding these pushy adolescents, they’re always demanding more fish and shrimp. Gimme, gimme, gimme! Adolescents of all species are frequently over-indulged in La Jolla. The seagull probably picked up this trait from watching humans. Just another example of the well known phenomona, seagull see, seagull do…..or is that monkeys?

Happy Birthday Mom! And many, many, more!