While busy reading your blogs, there was a very loud thwanking noise on the French doors next to me. I got up to see what it was and there was a juvenile hummingbird on the ground about 6 inches from the door. He was trembling violently and his right-wing was fully extended as if broken. I immediately closed one of your blogs (sorry about that) and googled what to do with a hummingbird who hits a window and breaks a wing. There was all sorts of advice from, “forget it he’s a goner,” to “pick him up and put his beak into the feeder,” to “pick him up and put him in a shoebox with a soft cloth and take him to an animal rescue provider.”
I didn’t like any of these suggestions. A juvenile hummingbird weighs less than a dime. I am like Gulliver the giant in the land of Lilliputians to this tiny hummingbird. If his wing was broken, which I thought it might be because he never retracted it, can you imagine how much I would hurt him by picking him up? Besides can you imagine how terrified he would be with a giant like me picking him up and sticking him in a box? 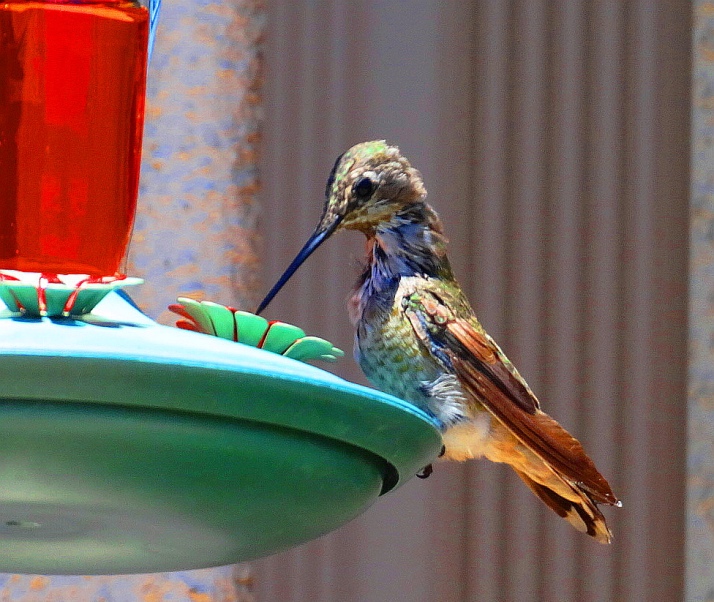 I have always preferred approaches with the least amount of intervention and trauma possible for both animals and humans, and I wasn’t going to change with this poor bird. So without opening the doors, I sat by him, and that was the extent of my intervention. He watched me intently and I held his eye contact steadily. This lasted for around 15 minutes. It was a remarkable experience. You have to remember that I am always around the hummingbirds and they are quite used to me. They fly inches from my head. 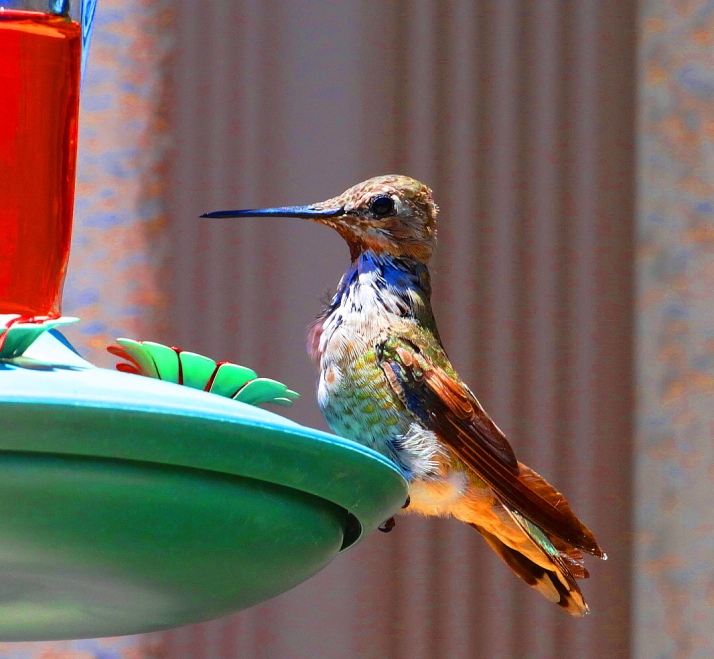 I was pretty sure that I was keeping this bird company as he died. His trembling convulsions got worse not better and he never retracted his extended wing. A raven was buzzing around and there was no way I was going to allow him near the baby hummer. So I waited. No change. I do know that hummingbirds need to drink every 15 minutes or so during the day and can die of starvation rapidly due to their rapid metabolisms. All the hummingbirds were in the bushes watching. Not one approached the feeder while this one lay injured. It was all quite still.
All of a sudden, with no preamble whatsoever, the hummingbird pulled in his wing, stood up and flew off to the oak tree where all the hummers hang out plotting their attacks on each other.
I was stunned. I went outside, saw him on the tree, and quickly came back inside because I knew he needed to make it to the feeder soon in order to recover.
An hour of so later I went to the feeder and took all these photos of him. He was absolutely unafraid of me and these are the closest, more detailed shots of a hummingbird I have gotten to date. You can see that he is a little worse for wear and still not completely fledged, but he is getting plenty of nectar. 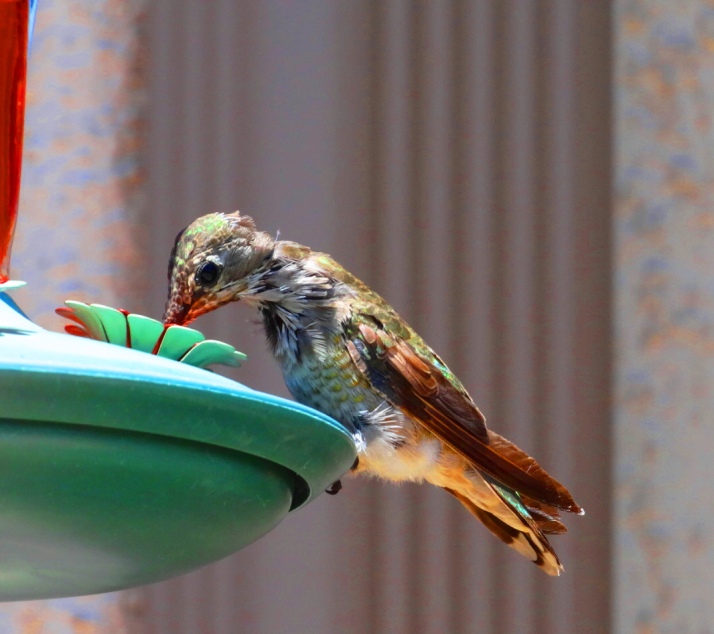 His wing is fine. 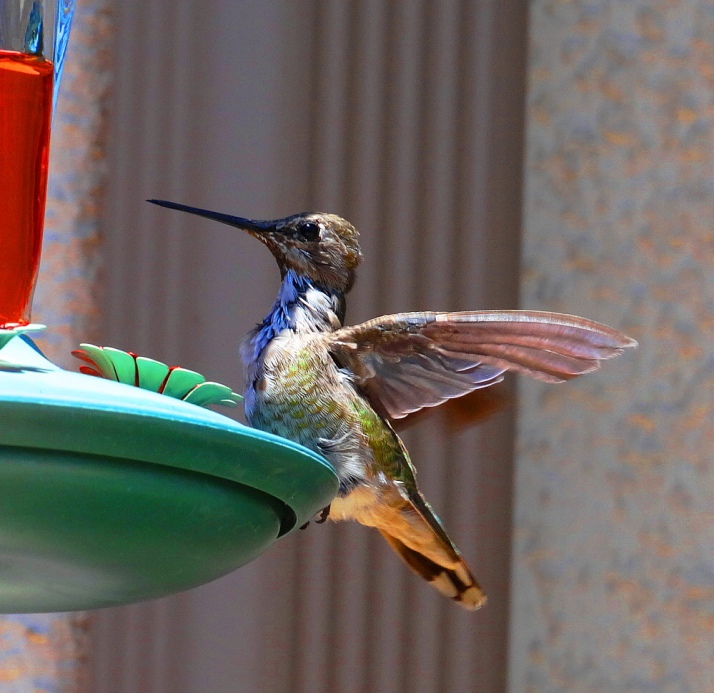 Now is this a story with a happy ending or what?? Cheers to you from all The Holler hummers, and their happy human!

175 thoughts on “The Baby Hummer Who Crashed Into Glass!”