This is just not a dilemma we face in Southern California. But it was a very real one for the ancient city of Qart-Hadast, you know the place, founded by that Punic Hasdrubal in 229 BC? These parallel Punic walls surround the city of Cartagena Spain. They are 10 metres high and were built to protect the ancient city. 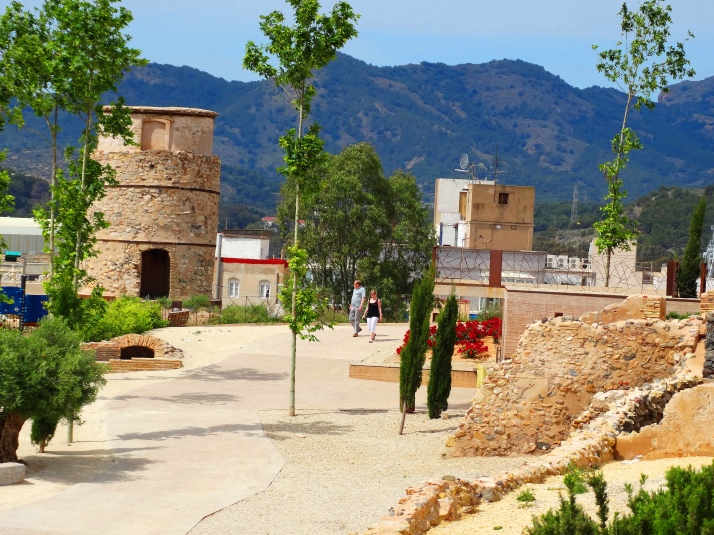 They were breached though, twenty years later, by that pesky Roman Publius Scipio. You could ask Winston what to do…… 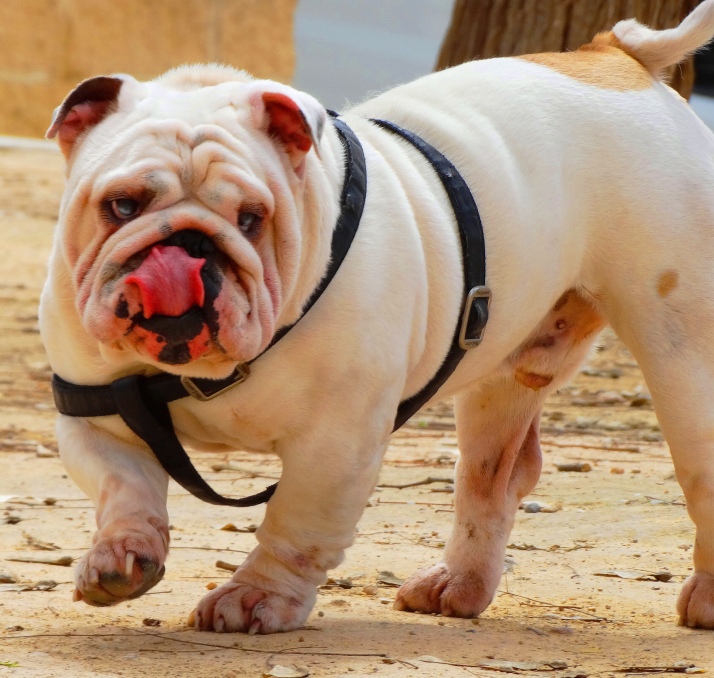 I named him this. His real name is probably Hasdrubal. I imagine he is as clueless about this dilemma as we are, even though he is a proud citizen of Cartagena, despite his English origins…..
This is the more modern crypt of St. Joseph built in the XVI and XVII centuries, excavated in 1987 and 2003. 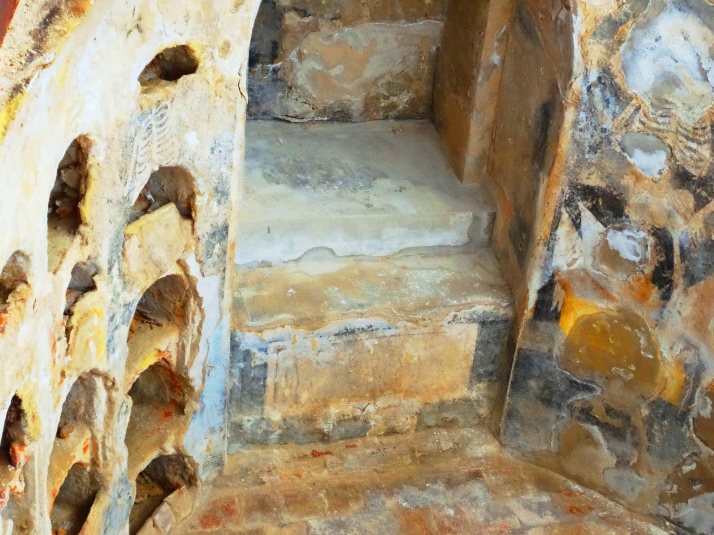 Here is the Roman theatre. A woman who was hanging out her laundry in her apartment that shared a wall overlooking the theatre took us in for free after I explained to her that “nosotros no sabemos nada,” (We know nothing.) This is always a useful thing to say, and in our case, it has the added benefit of always being factually accurate.

Cartagena has such wonderful walking streets, similar to its beautiful sister city in Columbia.

I can’t wait to catch up with all you and your blogs next week when the internet is functional!
Cheers to you from sunny Espana!

58 thoughts on “What To Do With Your Punic Walls?”