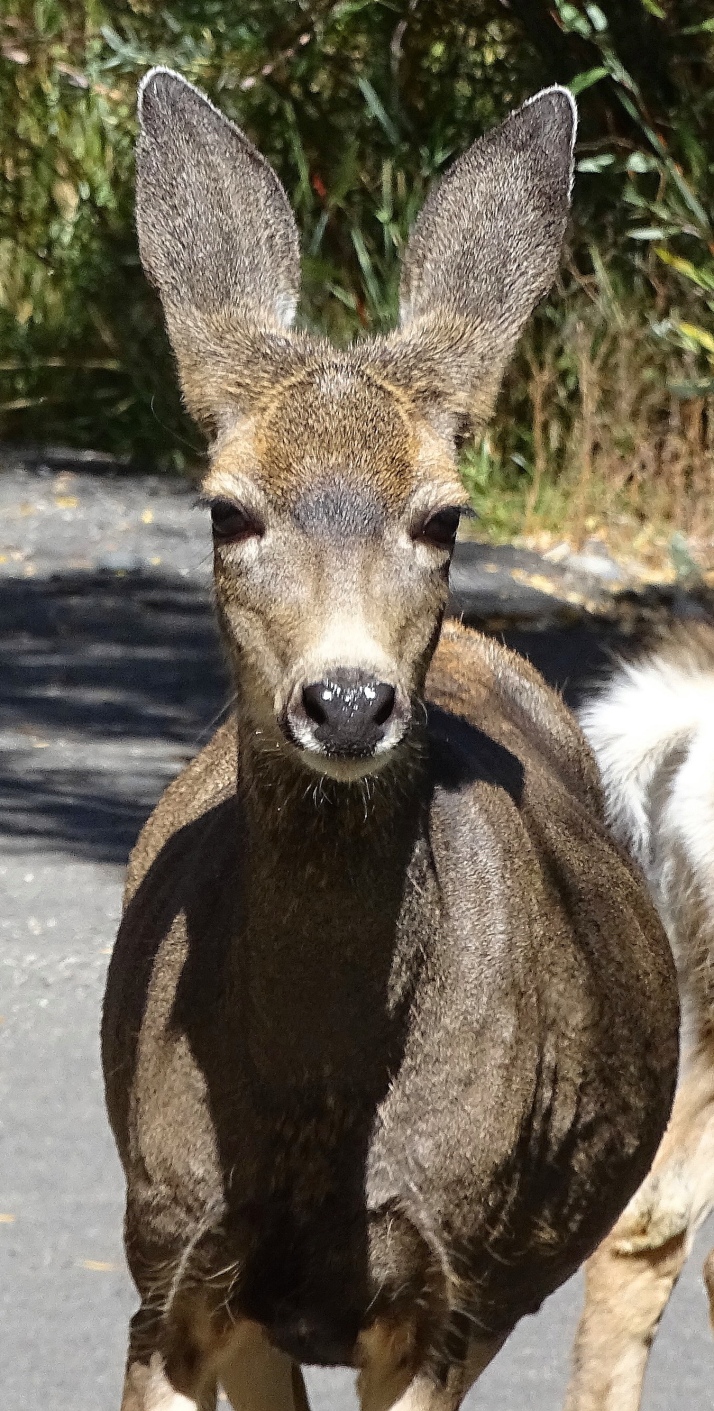 This dear came up so close that I temporarily lost focus!

Deer clearly have the right of way in the High Sierra. The doggie seemed too stunned to bark! 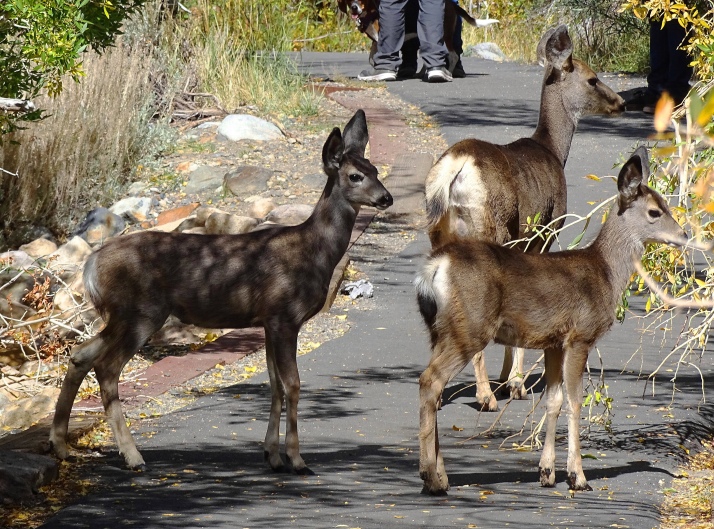 Kind people, and dogs, yield to them, and they seemed to expect this from us, smart dears.

We could have easily touched them, but didn’t.

They fawns even nursed in front of us, but I spared you the photo because it was mostly fawn tushy!

They have such a pretty home,

and it is quite an honor to share it with them. 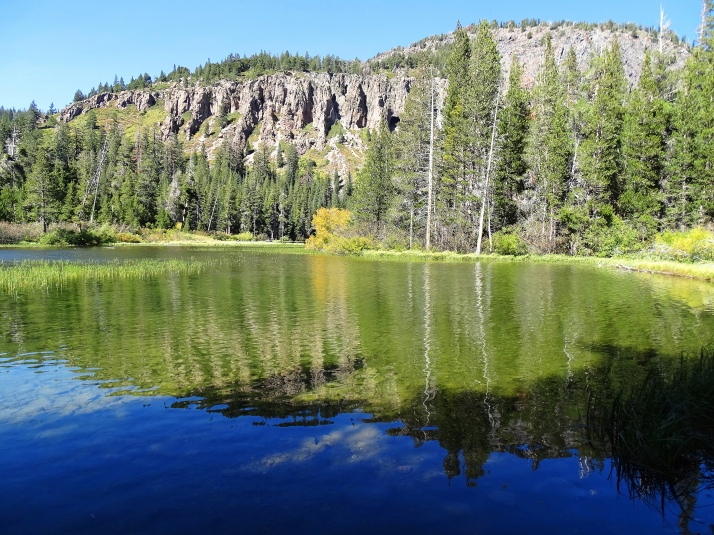 The photo below is Devil’s Postpile which was created about 100,000 years ago from lava flow and is made of basalt. Glaciers later carved and polished the stone towers which are up to 600 feet tall. Devil’s Postpile is a 798 acre National Monument established in 1911 that hopefully will remain a monument and protected. It is transected by both the Pacific Coast Trail and the John Muir Trail.

Cheers to you from the dear-deer in the Eastern Sierra~