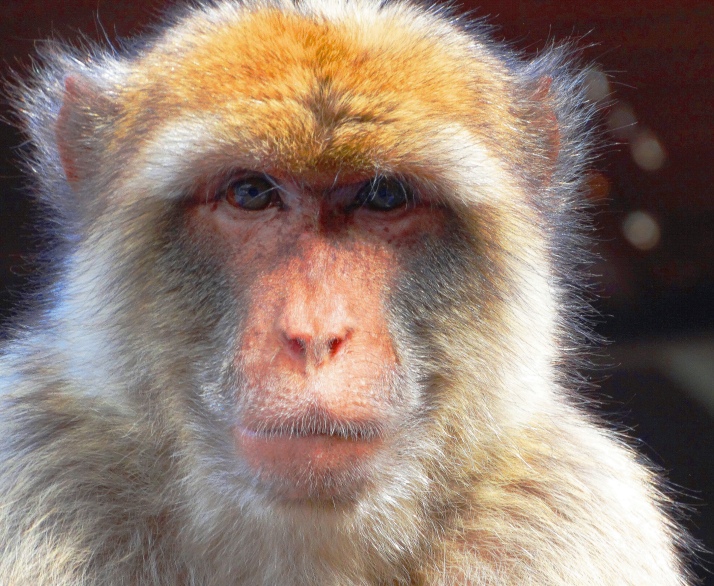 I was struck by their faces, they looked extraordinarily wise, but also, sort of world-weary, and well, sad to me. I’ve seen monkeys in the wild, but these ones seemed more bummed-out. 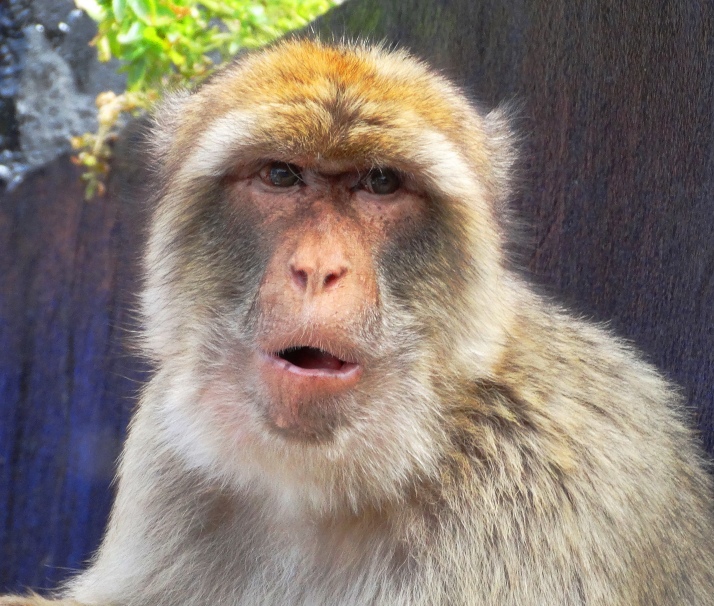 Look in their eyes. Do you see this quality? 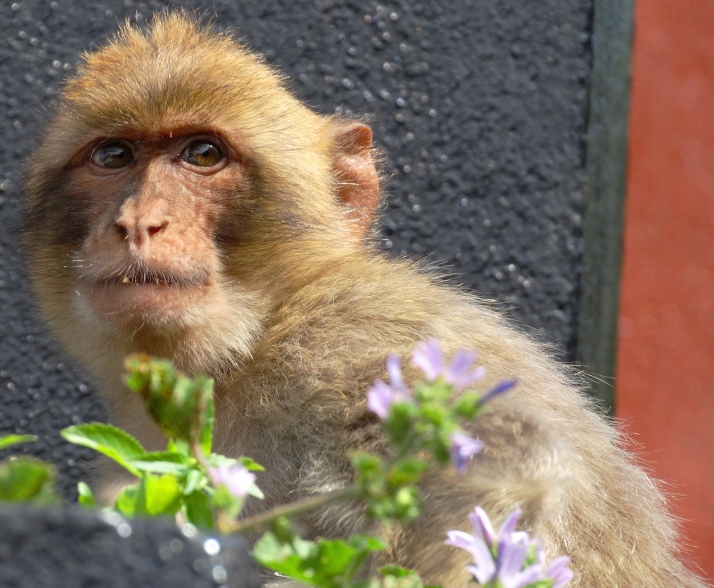 Even the babies looked sort of stressed-out.

These images have stayed with me, so I just looked into it, and learned this, “the groups of macaques normally exposed to tourists have elevated levels of anxiety,” due to “aggressive interactions” with tourists. There is a ban on feeding the macaques, but tourists fed them M & M’s and junk food when I was there, encouraged the monkeys to jump on them and shrieked at them when they did so. Taxi cab drivers fed them junk food to encourage them to jump on their cars and then drove with them on the car. If it was disturbing to me, I can imagine how the macaques must feel about this day after day.

The Macaques are free. Sort of . I learned they are fed a nutritious diet daily and I saw this. They are caught “regularly” to check their health status, weighed and photographed. Each monkey is given a tattoo and a micro-chip. Their reproduction is monitored.

I also found out this un-fun fact, “Since Barbary macaque females reproduce well, the population on Gibraltar is steadily increasing, which in turn puts pressure on the limited habitat. Animal population control is therefore an essential part of the effective management of the population.[23] In 2008 a small group of macaques that had (been) permanently relocated to the Catalan Bay area were culled.”
All this “management” sounds stressful to me. Particularly because they are intelligent creatures and may well know what is going on.

Wild populations of macaques have suffered a major decline in recent years and they are now classified as an endangered species. Truly wild macaques live in Algeria, Morocco and Libya. Macaque habitat is being destroyed by logging and farming, they are poached in the wild, and caught for smuggling as pets. 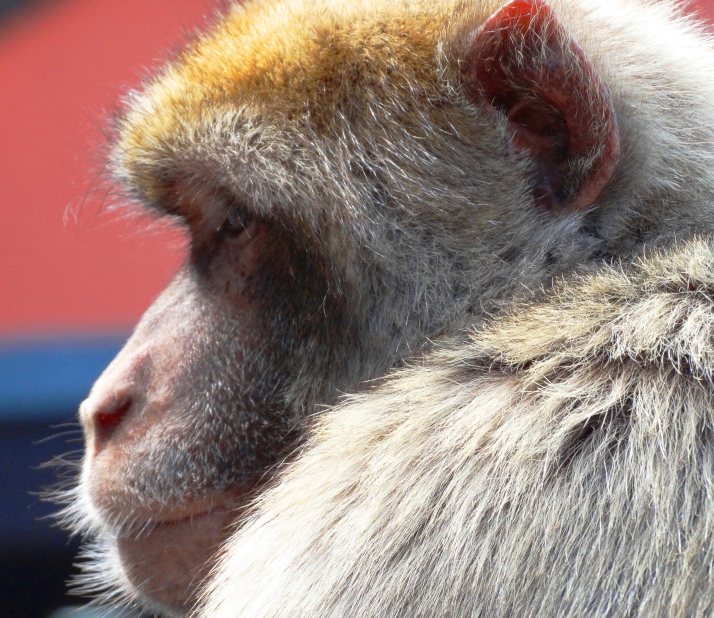 Written between 1605 and 1610, Alonso Hernández del Portillo, the first chronicler of Gibraltar, wrote:
“But now let us speak of other and living producers which in spite of the asperity of the rock still maintain themselves in the mountain, there are monkeys, who may be called the true owners, with possession from time immemorial, always tenacious of the dominion, living for the most part on the eastern side in high and inaccessible chasms.”
Let’s make sure we protect our intelligent cousins, these “true owners” of the rock, who have possessed it from “time immemorial” and treat them with the respect and dignity they deserve wherever we encounter them. They deserve at least this much from us.

81 thoughts on “The Pensive Macaques of Gilbraltar~”