Southern Giant Petrels (SGP’s) are the largest birds in the pelagic petrel family with wingspans of up to 6.7 feet. 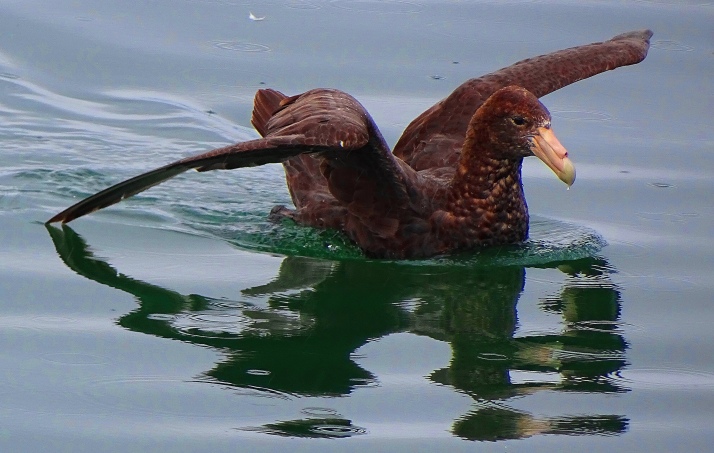 They live in the southern hemisphere and are circumpolar, distributed in the sub-antarctic to Antarctica.

They are bigger than Northern Giant Petrels and are rated one of the ten oddest looking birds in the world due to their unusual stacked bi-valve nostrils joined together on the top of their beaks.

This bivalve, in combination with a saline eliminating gland, helps them eliminate salt from the large quantities of saltwater they consume. 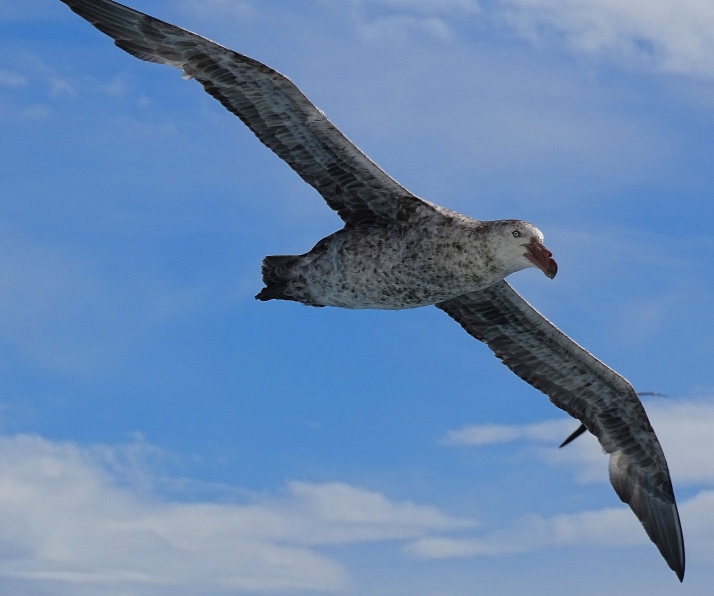 Like pelagic Albatrosses, SGP’s spend the first two to three years of their lives entirely at sea. White phase SGP’s, like the one flying here, are rare, constituting less than 5% of the SGP population. 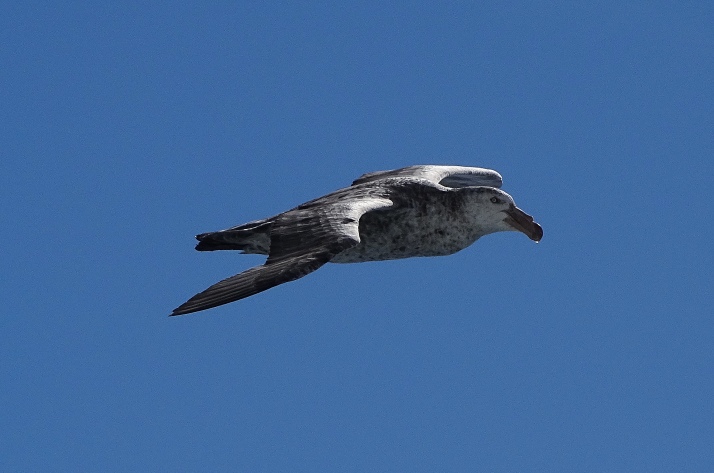 It is incredible to watch them mid-ocean taking off, catching wind drafts and soaring like kites.

They are aggressive predators and scavengers, and incredibly skillful fliers, navigating the storms, waves and winds of the southern ocean with apparent ballet-like ease.

SGP’s were a vulnerable to near-threatened species for a long time, due mostly to fishing practices, but may be making a comeback.

It is also amazing to see them in the open ocean, resting in their pelagic home.

Cheers to you from the amazing birds of the southern hemisphere~