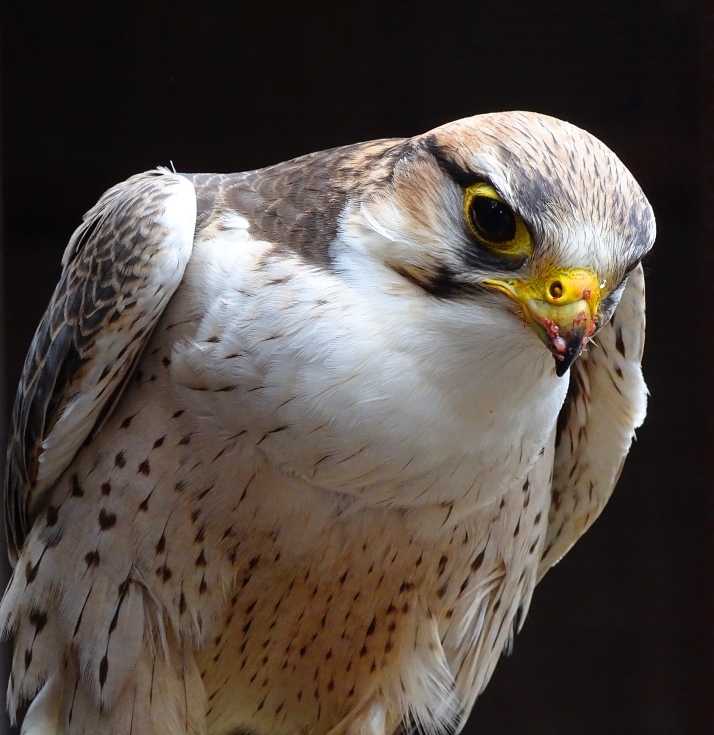 They are considered an endangered bird due to rapid population declines in their Asian breeding grounds.

They are a large falcon species,

that prey mostly on rodents and other birds.

I watched a Saker swoop down on an unsuspecting pigeon, but my presence, in response to the pigeon cries, called off the hunt!
Cheers to you from the remarkable and endangered Saker Falcons~
(Note: These photos were taken in raptor reserves in Europe)