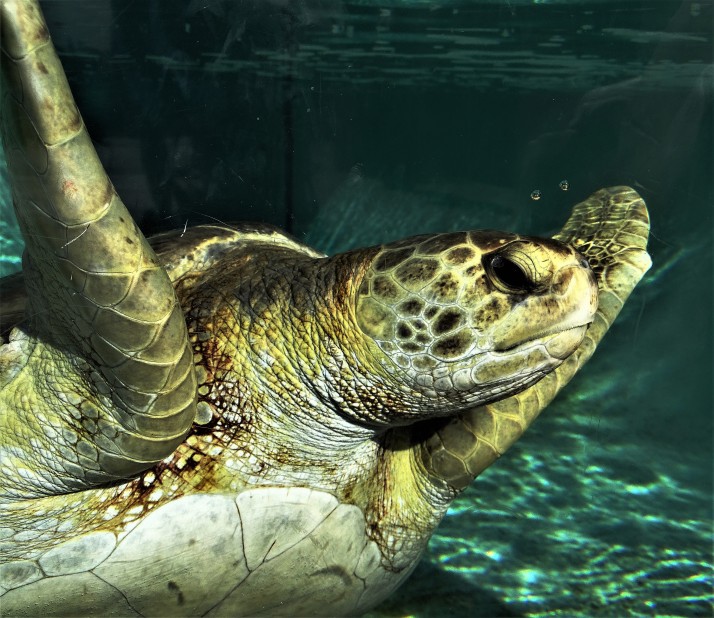 San Diego Bay National Wildlife Refuge has a residential group of approximately 60 protected Eastern Pacific Green Sea Turtles. No one knows how they got here, but it is assumed they were caught many decades ago in Mexico, brought to the bay alive, and escaped from fishing pens, prior to being slaughtered. They settled successfully in the bay due to waters that are artificially warmed by nearby industry.

This is the only area on the west coast of the US where green sea turtles are known to congregate and thrive.

These turtles are an endangered species due to habitat destruction, illegal poaching, inadvertent fish netting, boat strikes, and plastic ingestion.

San Diego Bay Wildlife Refuge is one of the few safe sanctuaries for these peaceful and VERY large turtles. The largest turtle ever measured here weighed 530 lbs, which is the largest known green turtle in the Eastern Pacific.

There is a rehab, rescue and education center in the refuge, where injured and rescued native wildlife are cared for, including a small number of green sea turtles. The center provides education on the pressing need for conservation of native species and is open to visitors.

I was amazed at how friendly the turtles are!

They swim to the sides of their plexiglass tank to interact and seem genuinely happy to goof around with you!

Cheers to you from the magnificent, goofy & gregarious, seriously endangered Pacific Green Sea Turtles.
Do you want to imagine the world without them? Do you want the Trump administration to repeal existing environmental and vulnerable species protections?
I’d love to hear your thoughts.