all snug in their beds, 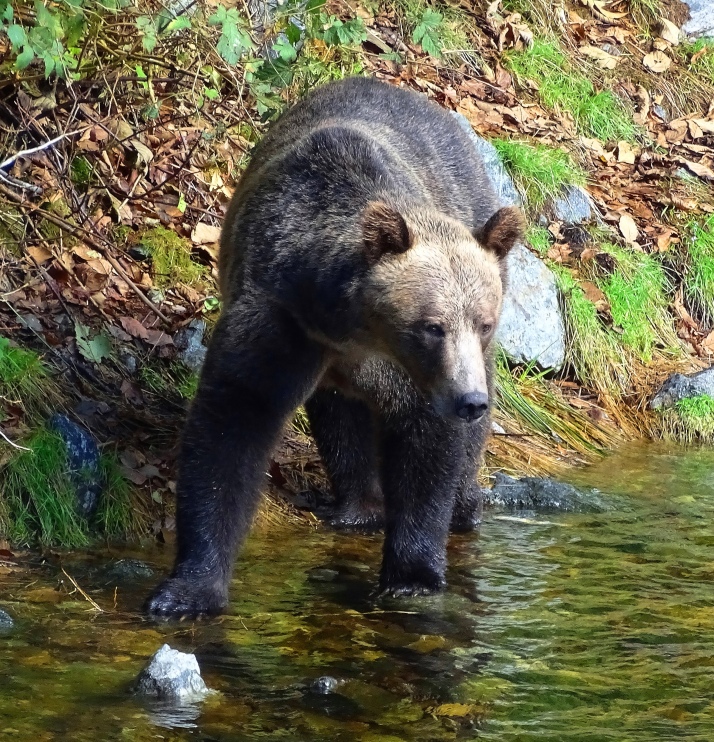 while dreams of salmon,

dance in their heads.

Last year at this time I posted the highlight of 2015 which was spending time with Mama-Griz and Her Mini-me in Glacier National Park in Montana.

This year the highlight of 2016 was spending time with the twenty six or so grizzlies and cubs in the Knight Inlet in Canada.

It is an absolute thrill to observe and photograph these magnificent creatures in the wild. I took so many photos in the inlet and thought I would share some more with you.

The grizzly bear is listed as a threatened species in the contiguous United States and endangered in parts of Canada. 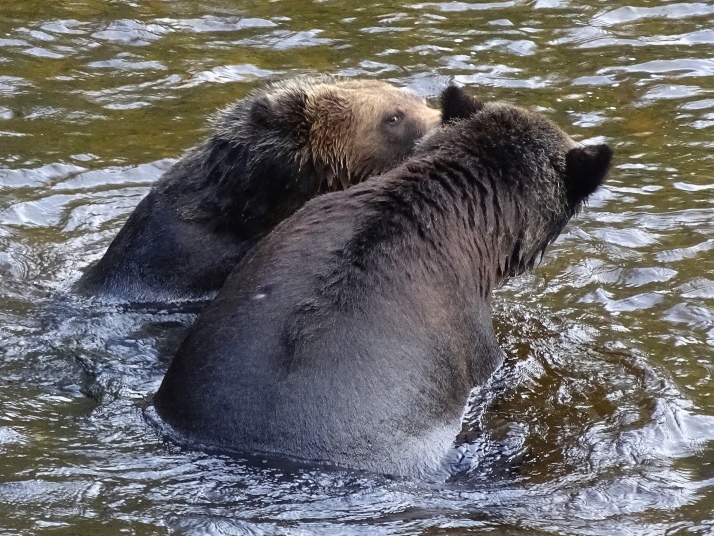 Ursus Artos Californicus is the symbol of my state, California. In 1866, a grizzly described as weighing as much as 2,200 pounds was killed at The Holler, the biggest bear ever found in California. Today this California species is extinct.

Does this guy look like a well fed and happy Baloo Bear to you?

It is my sincere hope that the remaining grizzlies in North America will be allowed to live out their lives in peace. Cheers to you from the now sleeping grizzlies of the Knight Inlet~

273 thoughts on “The Grizzlies Are Sleeping~”