by the lapping shores, 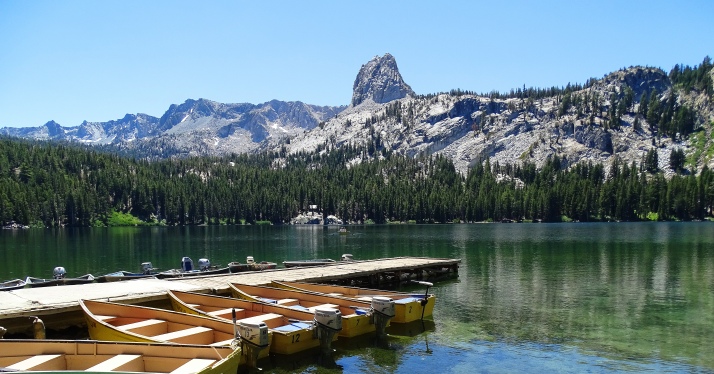 of a languid lake,

high in your mountain hideaway.

with wild creatures for comfort,

because there is nothing more lonely, 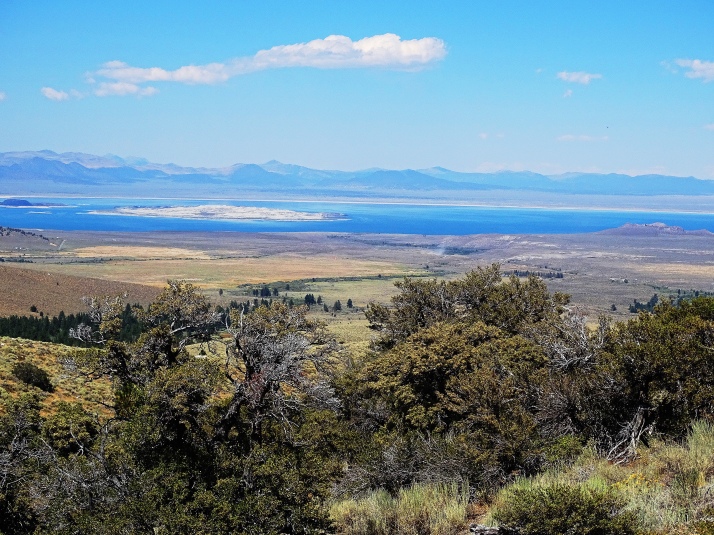 than a crowd of people. 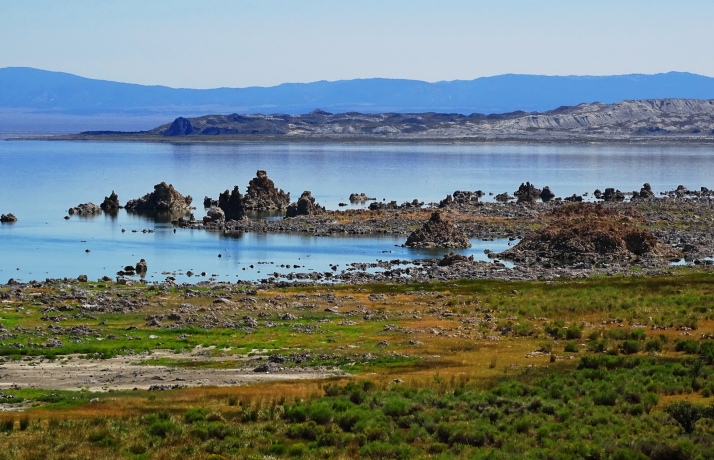 Cheers to you from some mountain sanctuaries~

Bodie is a gold rush era ghost town east of the Sierra Nevada Mountains in Mono Lake California. In its heyday it was a wild west era boomtown with shoot outs, bar-room brawls, stage-coach robberies, and murders. Dust and mayhem in the old wild west! 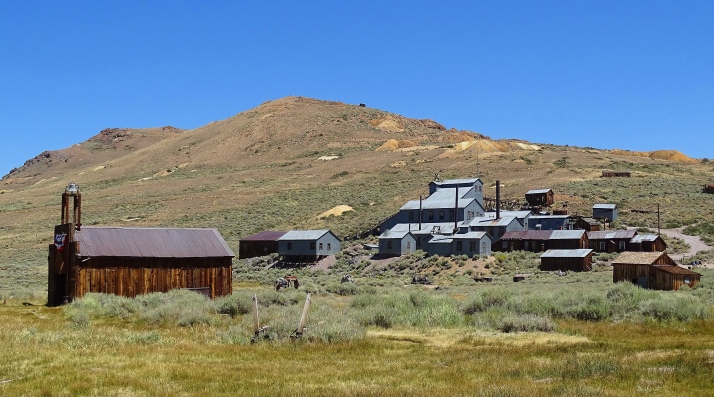 It had a jail, saloons, a red light district, and a morgue, everything you needed in the lawless frontier, just like all those western movies we’ve all watched.

Bodie also had a Chinatown with an opium den and Taoist temple. I don’t remember Taoist temples in the old western movies, do you? I guess this doesn’t quite fit with the six-guns and society ethos of those movies.

There was a Catholic and Methodist church, to counteract the lawless ways of the frontier, no doubt. 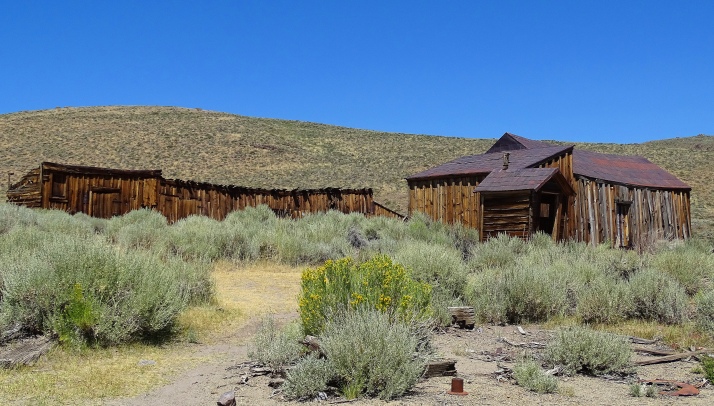 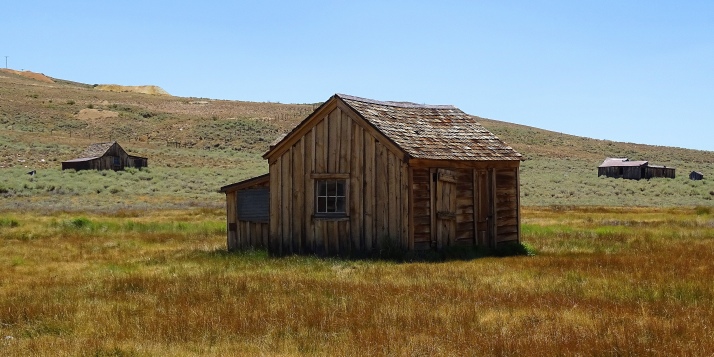 It began to decline as a boomtown in the 1890’s, and became more of a family oriented frontier community.

There was a doctor’s house, a town hall, a couple of hotels, a barber shop and a schoolhouse, and I would imagine much less murder, mayhem, and general excitement.

By 1910 there were 688 people living in Bodie, and by 1915 people started referring to it as a ghost town even though it was inhabited by a few hangers-on until around 1942. 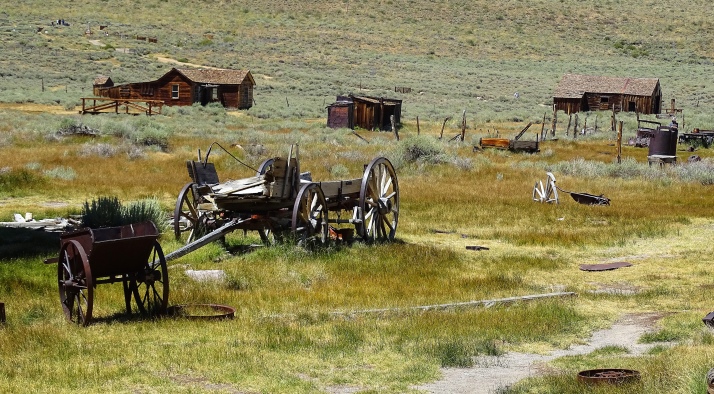 Bodie is now designated as a protected state historical park and is maintained but not improved.

We encountered several wild west ghost towns in the Eastern Sierra, some we found while hiking which were completely unexpected and quite a surprise. Each of them gives you the wonderfully eerie feeling of walking back in dusty time.
Cheers to you from the living ghosts of the old wild west~

The Great Basin Ancient Bristlecone Pine Forest in The White Mountains of California/Nevada have the world’s oldest living non-clonal organisms, ancient bristlecone pine trees. Non-clonal means these trees are not genetic duplicates of a parent organism, but are in fact, original organisms.

The oldest known tree in the basin is 5,065 years old and was germinated in 3051 BC. This tree started growing before the first pyramid was built-in Egypt.

The White Mountains run parallel to the Sierras in the west and Death Valley in the east.

White Mountain is a sister peak to Mt. Whitney, the highest mountain in the continental US. When you hike here you look to your left at almost eye level with Mt. Whitney, and to your right at the lowest non-submerged place in North America, Death Valley.

In the dolomite covered White Mountains these ancient organisms continue to thrive in white powdery soil that was once an ancient sea bed.

When you touch the non-bark covered cambium layer of these ancient ones, it is like touching living stone. Something you have never felt before. 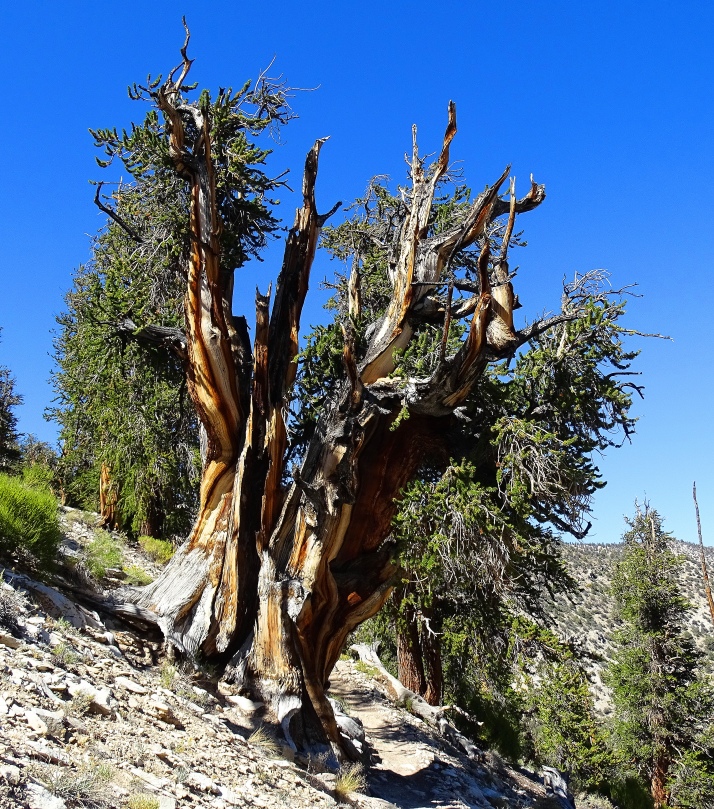 The bristlecones survive possibly because they live in an isolated hostile location, which makes them strong, and creates the almost impervious density of their stone-like structure.

To say that I was blown away by being here is a huge understatement.
I am hoping the lack of protection afforded the ancient ones is purposeful. They are hard to get to, even harder to hike to, and not very many people know about them. Plus, for much of the year, due to winter snow, they are inaccessible. 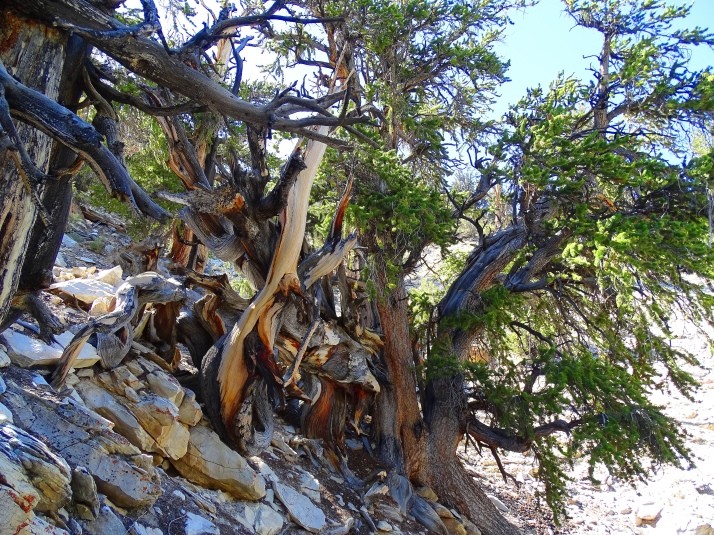 There is nothing here but these living fossils.

I never knew about these trees, even though I have driven near them all my life to go skiing, and now I can’t even imagine the world without them.
Cheers to you from the ancient ones~

Casts her magic spell on you. 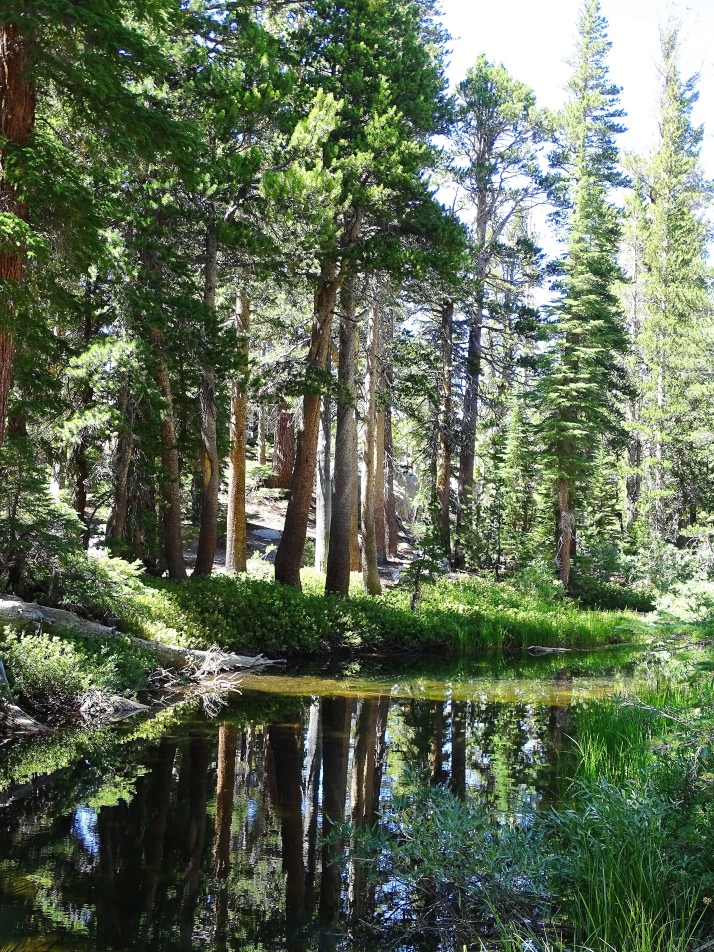 Bringing the peace of the pines, 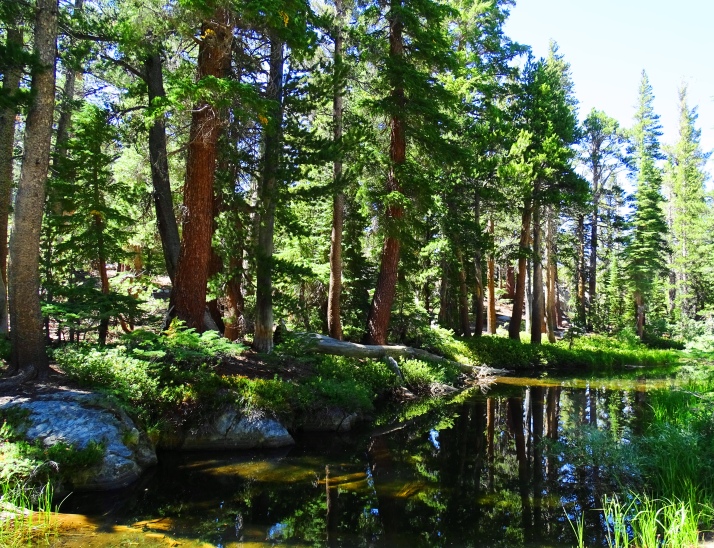 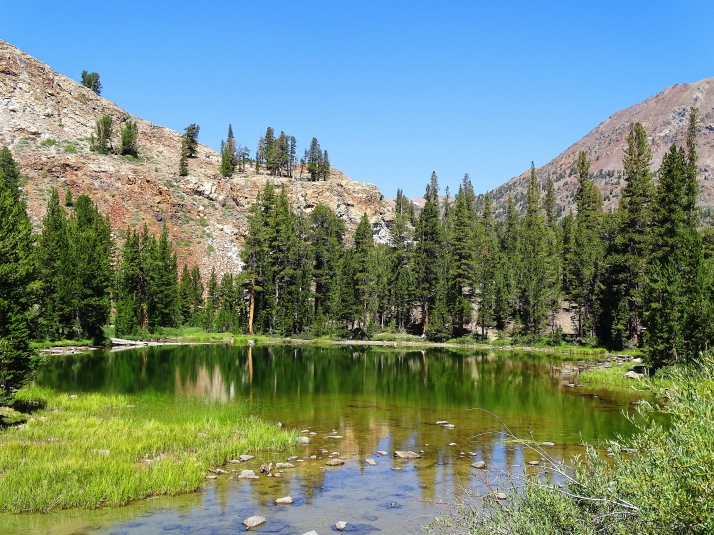 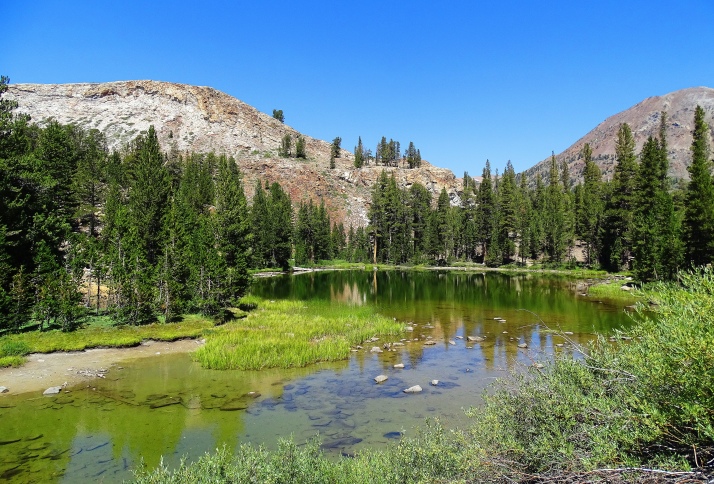 for a troubled world.
Cheers to you from The Sierra’s enchanted forests~
(Note: Heading out of wifi range again tomorrow to see The Ancient Bristle Cone Pine Trees in the White Mountains). 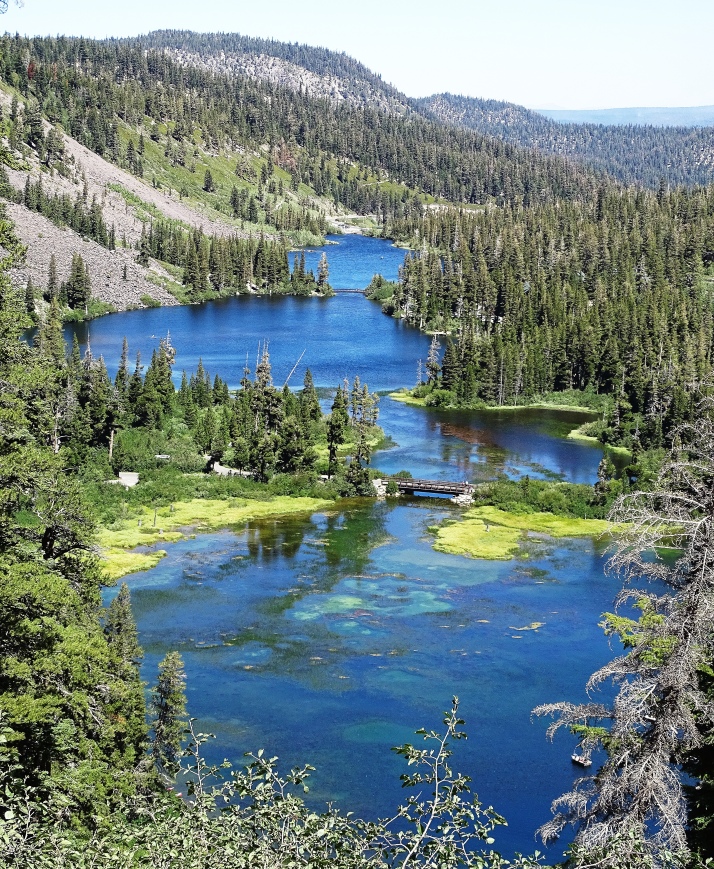 Today we hiked the Crystal Lake Trail in The Eastern Sierra, 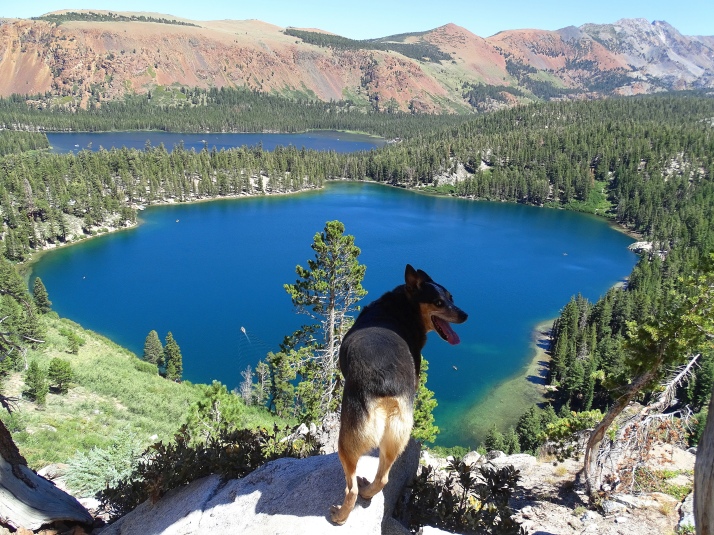 with a brave friend who led the way and cut in front on high altitude precipices! 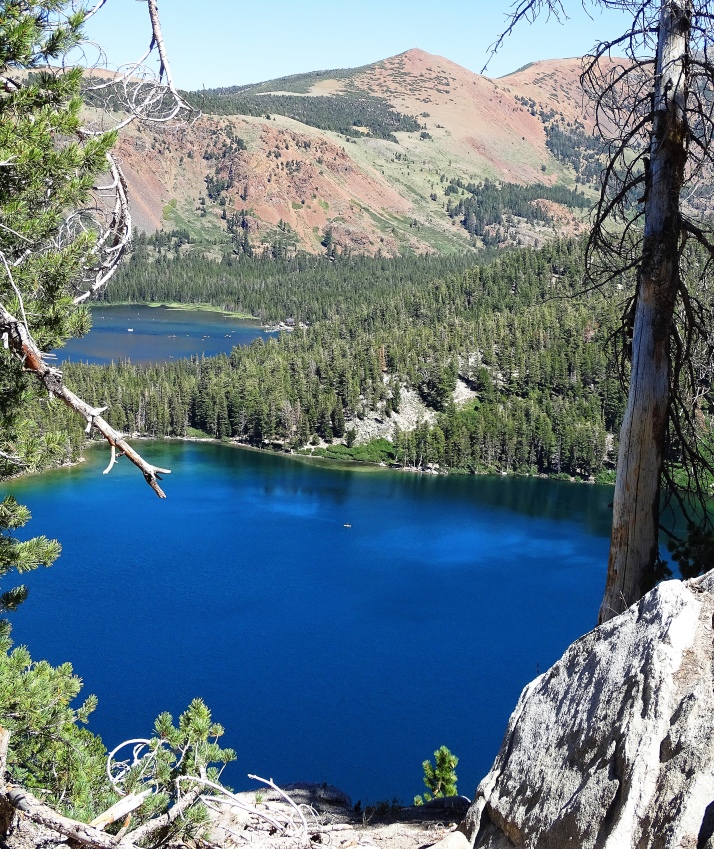 Tomorrow we go higher starting at a base of 9,900 ft and heading up into Tioga Pass, land of no wifi, so I will hopefully be back in touch the day after tomorrow.
Cheers to you from the high Sierras~ 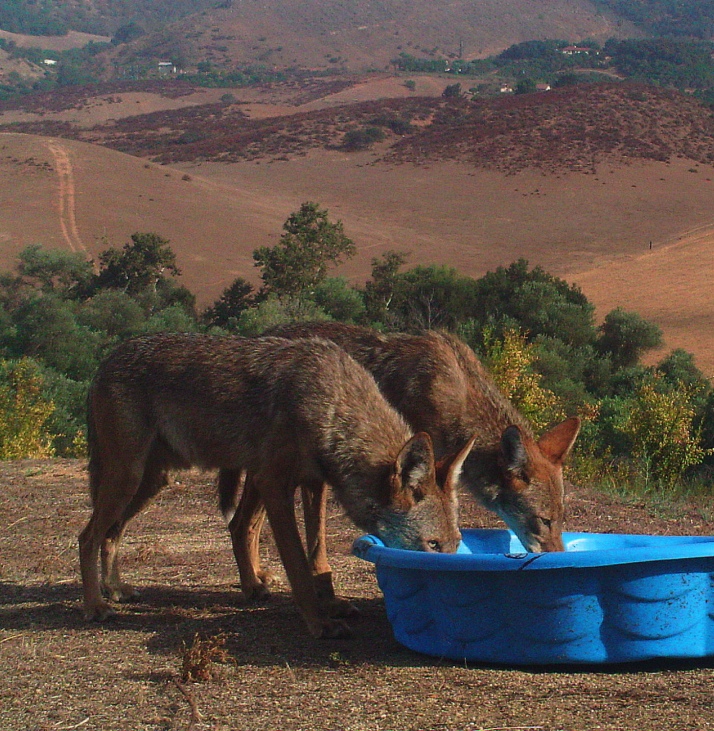 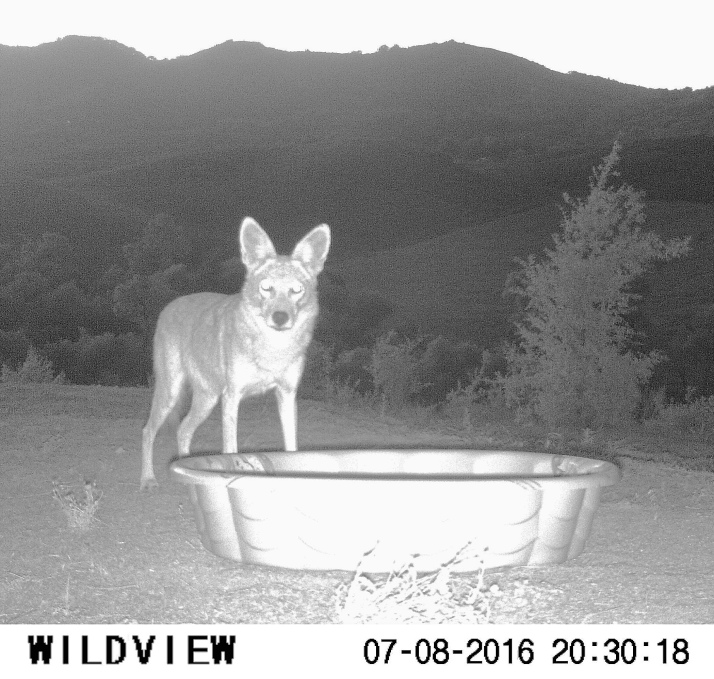 But in the day,

This 12-year-old Southern Pacific Rattlesnake was about 20 feet from our door. She was well over 5 feet in length. My son said, “Aren’t you going to take her picture?”

I was so shocked by her too close presence that I forgot about taking pics which is a first for me, and I was a bit rattled when I finally took them! This is the wild west, and the rattlesnakes live here, and always have.

On another note, a genetic study was published a few days ago, which clarified there is only one true north american wolf, the grey wolf, others are coyote/wolf hybrids.

Cheers to you from Eden’s Holler~