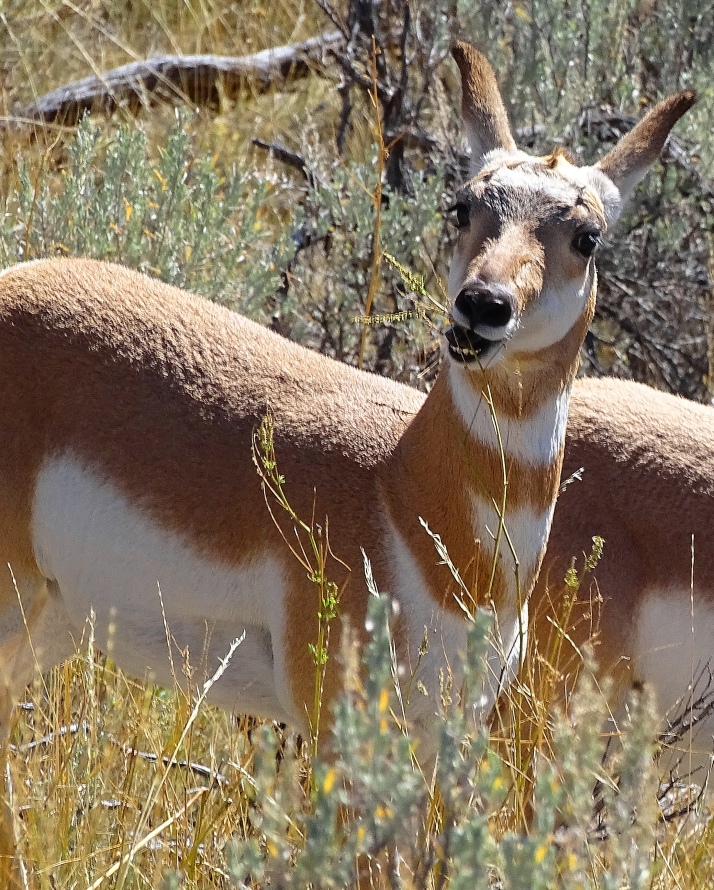 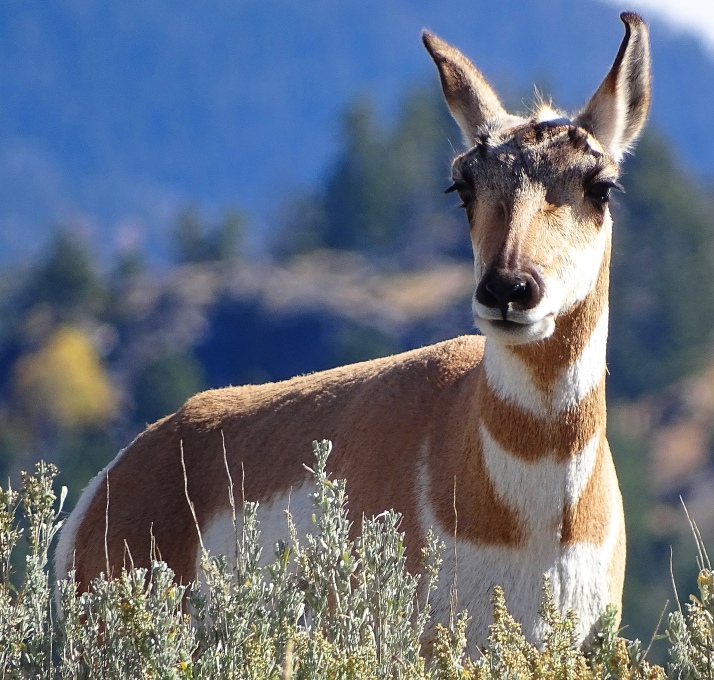 This is a puzzling ability because no predator in North America can run fast enough to catch a pronghorn, so why is it necessary for pronghorns to run this fast? 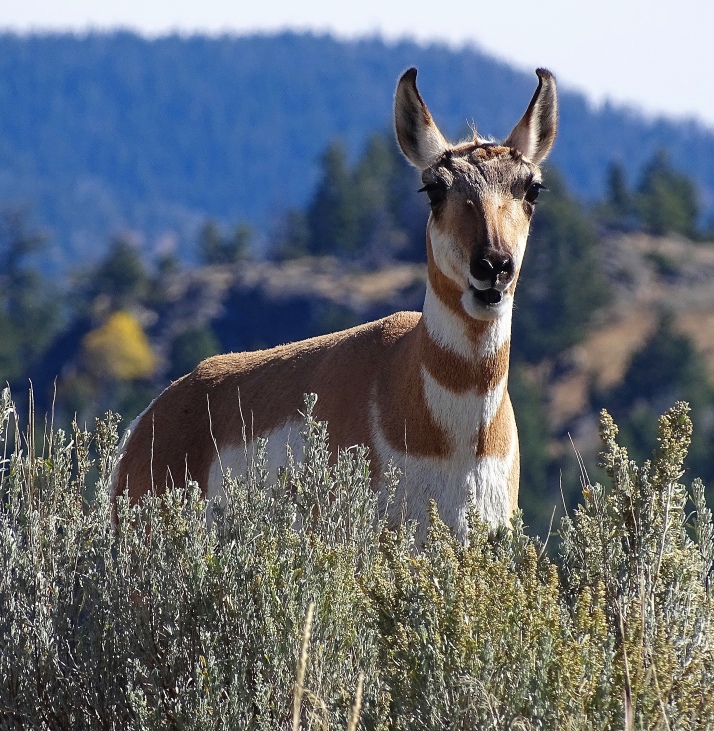 Biologists believe that pronghorns evolved to run these speeds in order to evade the now extinct American Cheetah. 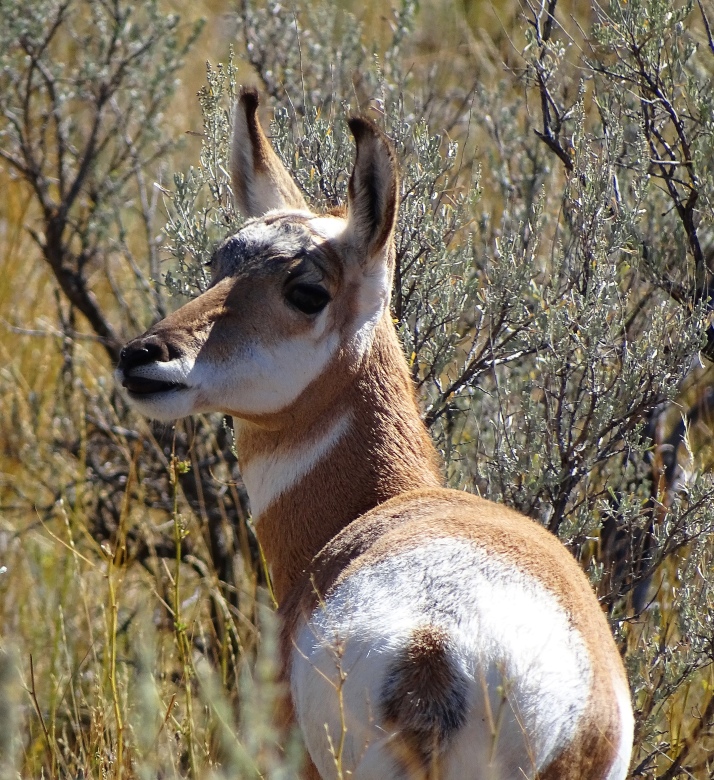 During the Pleistocene era, there were twelve species of pronghorns in North America. By the time humans settled on the continent there were five. 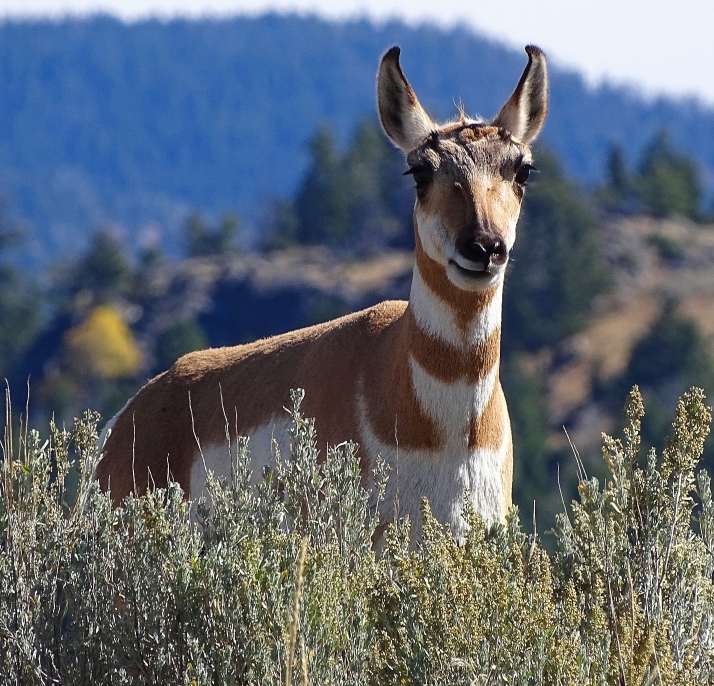 We are now left with one remaining species. Pronghorns are in fact not antelopes at all but a unique species named Antilocapra Americana. Handsome creatures aren’t they? 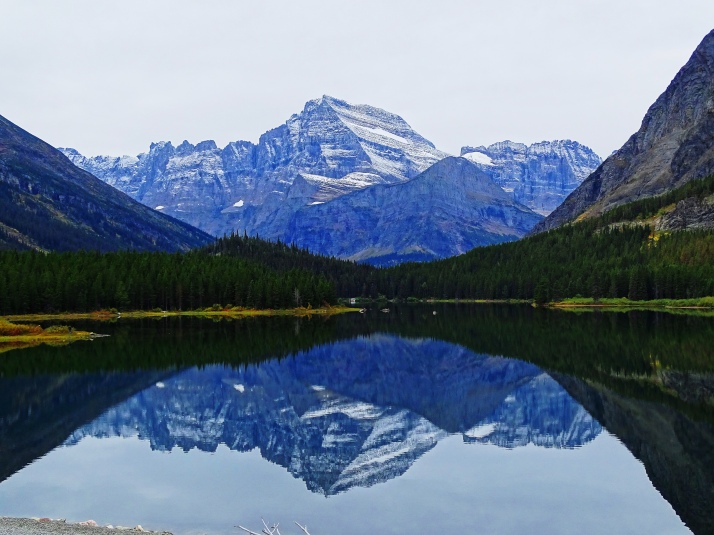 Pronghorns range all over the American west, into Canada and northern Mexico. 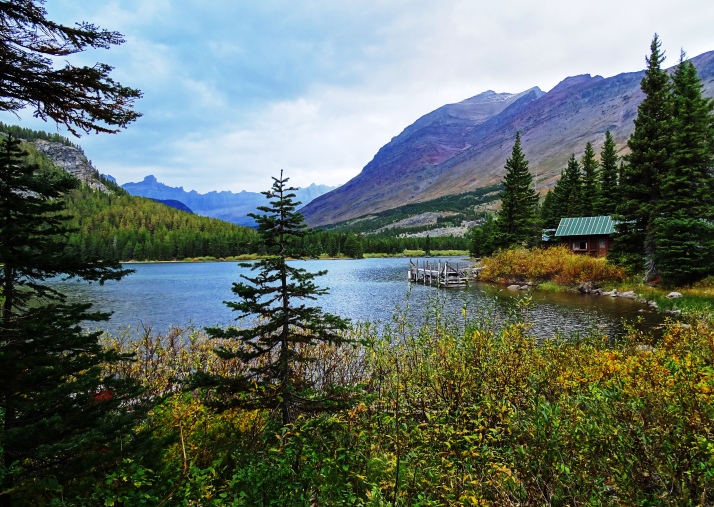 They have the longest land migration of any species in the continental US. 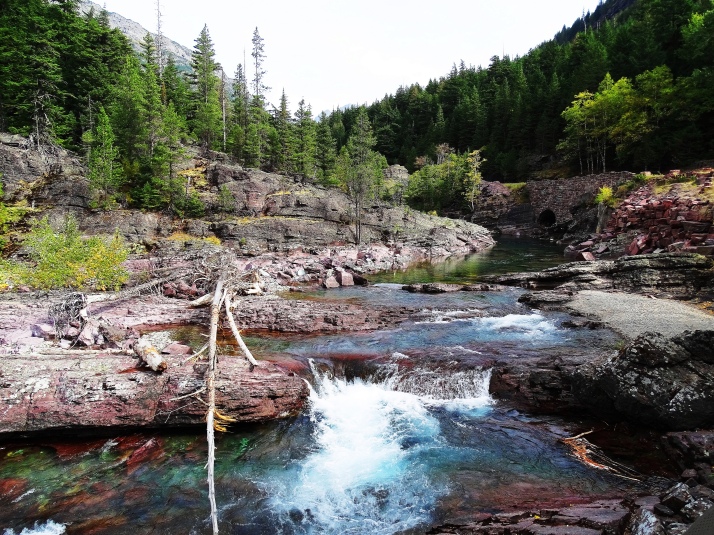 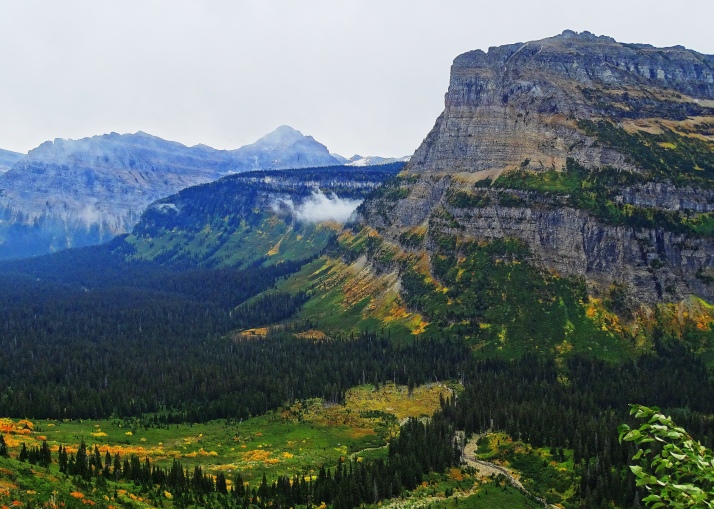 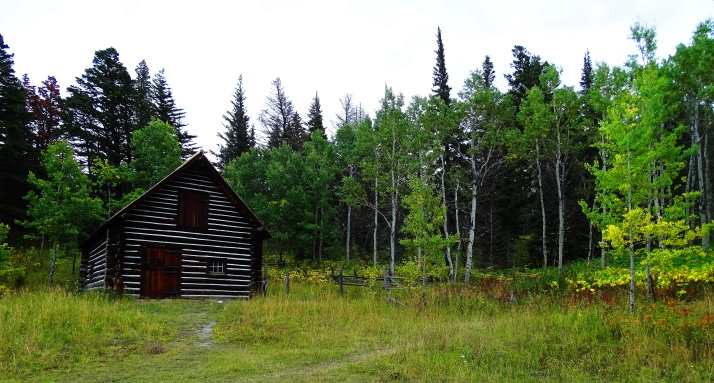 Cheers to you from the fascinating Antilocapra Americana~