Four quarts of nectar were being consumed by The Holler Hummers in 48 hours. But now, each two quart bottle of nectar, has it’s own lethal enforcer, who will attack any hummer who tries to feed. So one hummingbird controls 2 quarts of nectar!

The most lethal enforcer is the guy above. You can see he has a malformed beak that he may have gotten in one of his many battles. He is like a capitalist robber barron, hoarding riches he will never be able to consume. 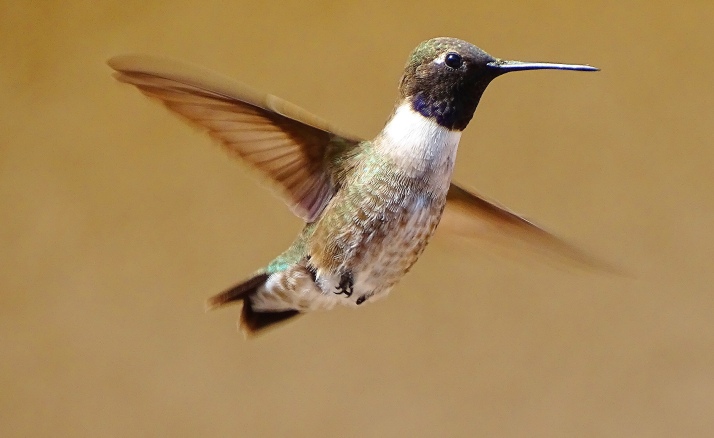 Here is enforcer number two. Both enforcers have visble differences from the other hummers, the beak malformation in number one, and number two is the only black chinned hummingbird at The Holler.

The other hummers snatch nectar when they can, but most have given up and go feed on the flowers. I think they are the smarter ones. Who wants to waste all this energy fighting?

All the hummers who do attempt the feeders are intensely leery of attack from above. 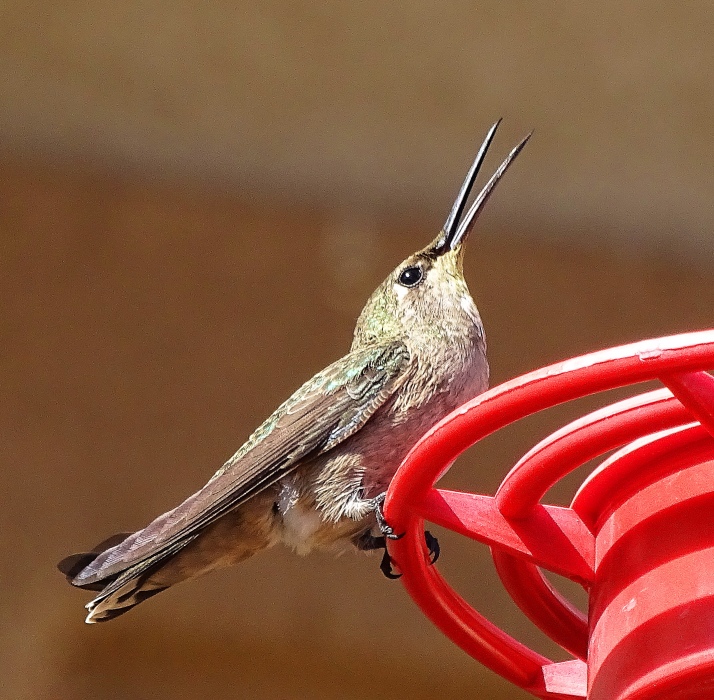 They are constantly ready to self defend!

I understand that hummingbirds need to feed constantly because of their hyper-drive metabolisms, but I don’t understand how all this relentless attacking is adaptive for them as a species. 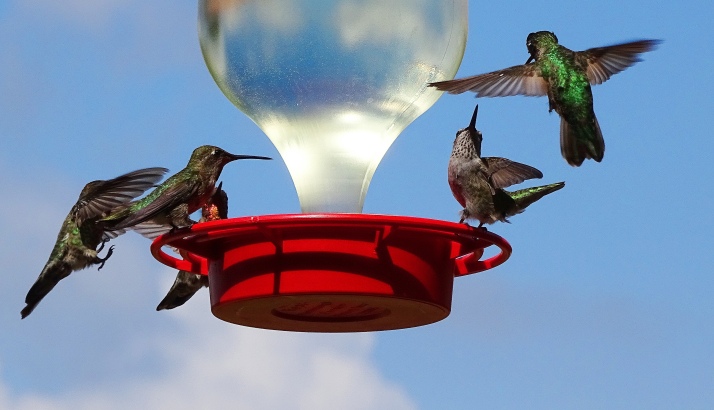 They remind me of human governments that hoard resources and launch vicious attacks for control. I wonder why they, and we, can’t all just share and get along?
Cheers to you from The Holler’s sometimes too “human-like” hummers~