Vasquez Rocks State Park, located in Southern California, was created 25 million years ago by collision and uplift of the North American and Pacific Tectonic Plates. You can see the two people climbing in this shot (Please click to enlarge). 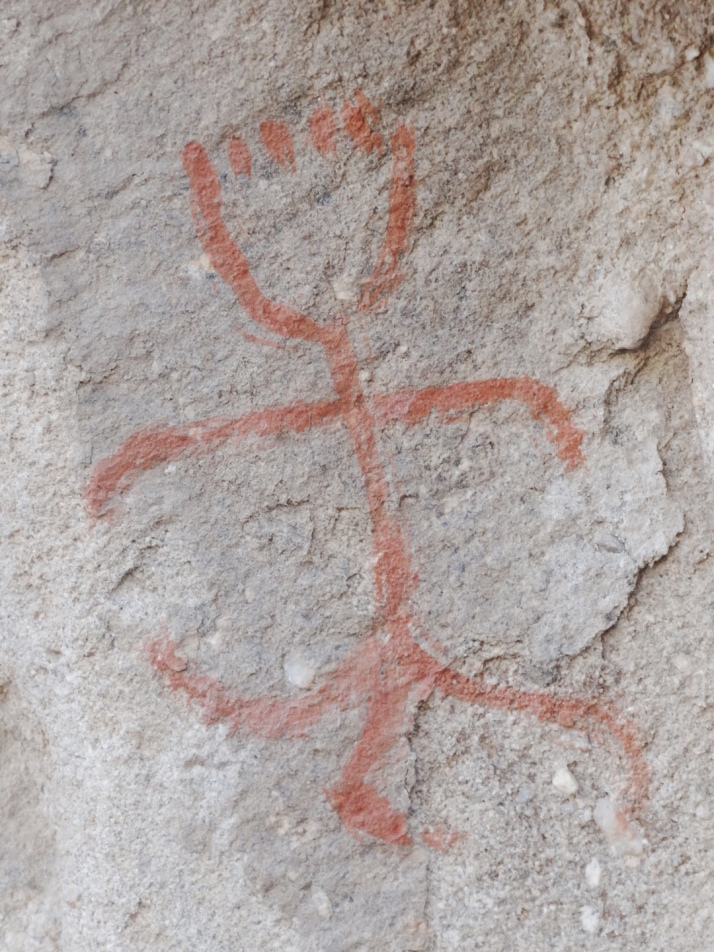 The park was home for thousands of years to the Tatavium Native Americans who left petroglyphs all over the park dated from up to 9000 years ago. 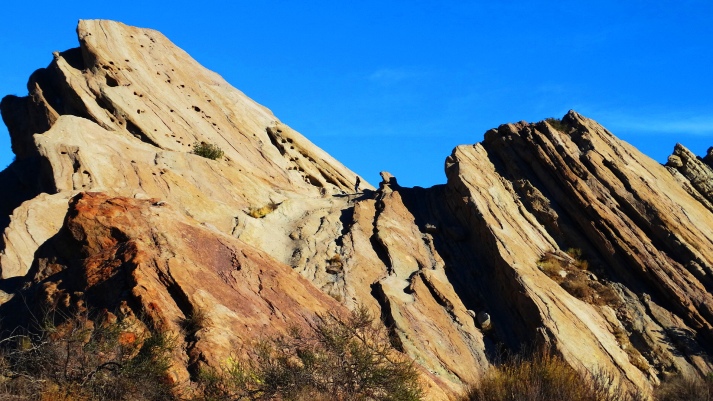 Lying directly above the San Andreas Fault, these rocks were exposed and tilted more recently by movement along The San Andreas. See the person in this shot for scale.

The park is named after Tiburcio Vasquez, an infamous California bandit, who used the rocks to hide from law enforcement from 1873-1874. 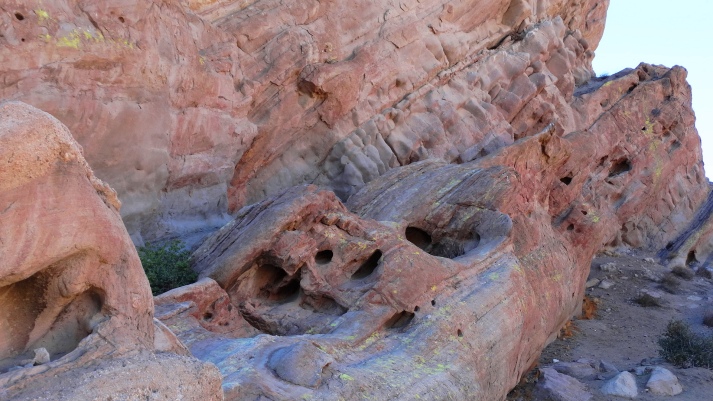 The Pacific Crest Trail runs directly through the park.

The park has been filmed in countless movies and TV shows including Star Trek where different areas of the park were used to depict different planets. As a matter of fact filming was occurring at the site when we visited. 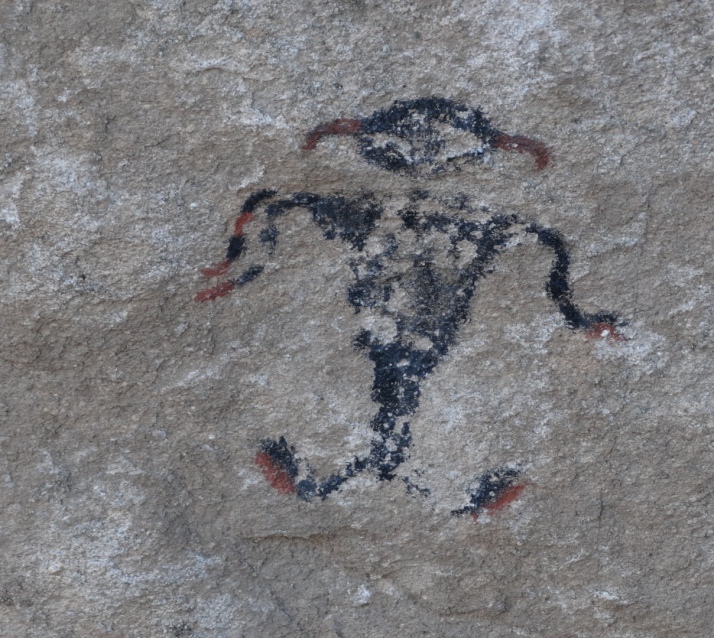 The precious ancient petroglyphs lie all over the park. Concerns have been raised by conservationists about their protection, but the powers that be believe the best protection lies in the fact that most people don’t even know they are there. There is an interpretive center on site and rangers do patrol. Southern California is actually full of ancient petroglyphs that most people don’t know about. (If you are interested in the petroglyphs, see the reference at the end of this post).

Cheers to you from the ancient and mostly empty Vasquez Rocks State Park!

114 thoughts on “Between a Rock and a Hard Place: An Ancient Refuge~”